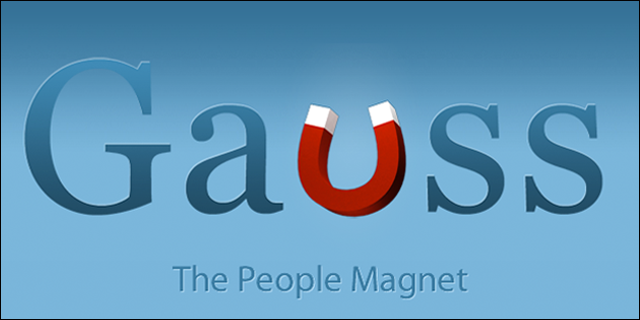 Social bridging: a mobile application built to bridge the gap between on and offline social interaction based upon proximity, mutual friends and interests – is a term I just made up to describe a trend to look for at this year's SXSWi.  It's clear this is going to be the next wave of social tools to flood our mobile app world.

And Gauss is one of those to put on your radar.

The Cologne, Germany-based startup is hoping to become a people magnet for your pocket, built on the inspiration that comes from frustration:

“I was suddenly unemployed in a foreign country with virtually no local social network.  Since I had been working outside of the city I had been living in for five years I didn't have the time and opportunity to organically grow a new local social network for myself,” says Gauss co-founder Vidar Andersen.  “I co-founded Gauss so that other people won't have to go through all the hard work and waste so much time discovering new relevant people and connecting in real life. I personally believe we live in a network economy; it's no longer about what you know or who you know but about how many types of people you know.“

By syncing with your Facebook, Twitter, and/or Foursquare account, you're instantly given a visual array of people in your proximity (see: below).  Because the service is new and entering into a competitive space, Andersen is conscious to avoid the empty room effect,  “Gauss doesn't have a user paradox (‘first fax machine' problem).   That is to say you don't have to wait for the world to join; Gauss can discover new relevant people around you even if you are the only user of the app in the world.” 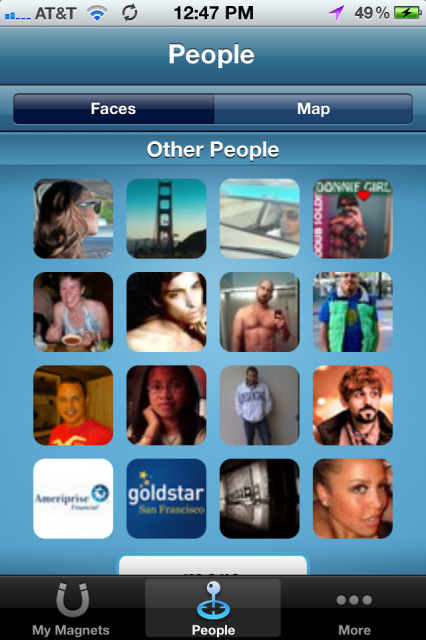 Unspoken Rule: 1 in 12 people must be the 'shirtless cell-phone picture in mirror' dude

But as previously alluded to, Gauss is not alone in trying to become your social bridge.  Glancee, Sonar, and Highlight are just a few of the others attacking this space.  When asked what makes Gauss standout from the pack, Andersen sited the fact that they integrate several social networks (mentioned previously) as well as having “solid vision and burning passion whereas others may just have a fancy idea on how to use the technology buzz words du jour to ride the now-train. Our three co-founders share a vision of a better tomorrow where technology accelerates the discovery of new meaningful and relevant connections.”

The three founders, Andersen, Arne Horn, and Kit Blake, have raised no outside funding to date, but look to raise an a seed/angel round by this summer.

Gauss is one of the featured startups at this year's Tech Cocktail SXSW #StartupLife Celebration.  Check out their new iPhone app, and if impressed, give Gauss your vote for the #StartupLife people's choice contest.