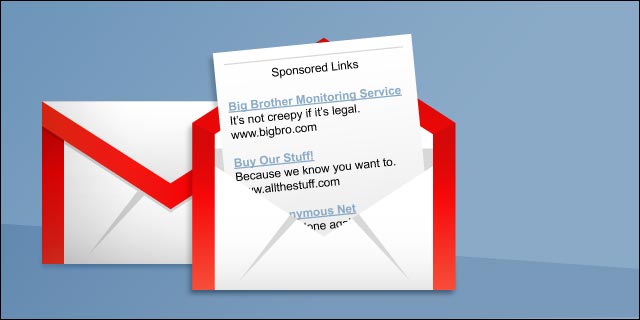 A long-time user of the email services offered by Google is used to the many kinds of advertisements that keep being shown to them. These are what the Google calls tailored advertising. They are sent to the user on the basis of keywords of the contents in their email inbox. Google uses a software which scans and analyses the content of the emails automatically. Google has the right to send out such advertisements. These are placed above, below, to the side, or directly inside the inbox. It is difficult to stop some of the advertisements.

Why get rid of the ads
Though not all ads can be eliminated or stopped from reaching the inbox, it is possible to stop the targeted ones. Especially after hearing about how Google analyses the private emails for keywords, a lot of people might just feel uncomfortable, and want to get rid of the feeling of being the subject of the ever- vigilant scanning of private correspondence. Some people even find the tailored ads that are targeted to the user’s interest, harder to ignore. Whatever be the reason, it is possible to go through the settings, and change them to avoid the interest- based ads.

How to get rid of ads
In order to avoid the targeted ads, one has to go to the Google Ad Settings page, where the ‘Opt=out settings’ can be found by scrolling down. There is a link, ‘Opt out’, which is to be clicked to be redirected to the Opt out of interest-based ads on Google page. Then, the next step is to get rid of the narrow banner text ad which is perched on top of every email that is opened on Gmail.

Some users choose to block these out, but, there is a way to eliminate these altogether, which is even easier than blocking them out. By clicking on the gear icon which is in the upper-right corner, the ‘Settings’ is to be chosen. Next, the user has to click on the Web Clips tab, and then uncheck the box for ‘Show my web clips above the Inbox’. Some ads appear as messages in the Gmail inbox in the Promotions tab. These ads in the look of an email can be irritating, and can be removed quite easily. All that the account holder is required to do is delete the Promotions tab. However, such ads may not necessarily appear in the Promotion tab of all the users. Besides, it is also to be remembered that an entire category of emails get quarantined under the Promotions tab which prevents these from getting mixed with the other, more important mails in the primary inbox. On deleting the Promotions tab, the flow of these will emails will be directed to the primary inbox. However, if someone is still determined to get rid of the Promotions tab, he is required to go to the Inbox tab in Settings, where he can uncheck the box for the Promotions tab. Another option for Chrome users is to use the Gmail’s extension that allows the user to customize the elements from showing up on Gmail.

Mridula is an avid tech blogger with a varied knowledge of various gadgets. She blogs at Techybuzzz