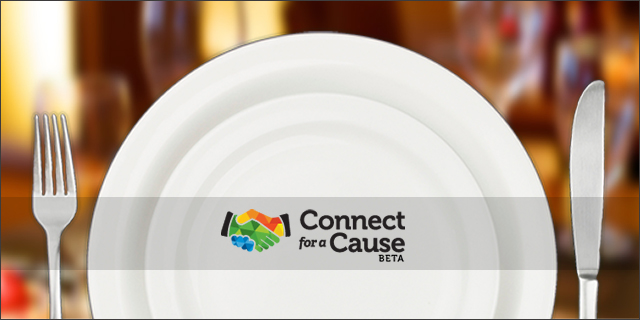 Someone did. And they did it on Connect for a Cause, a site that lets anyone auction off meetings for charity. CEO and cofounder Jason Nicosia is counting on how desperately people want connections – and how hard they are to get.

“There’s two things that you really need to get ahead in life. One is just really hard work – and there’s nothing I can do to help my friends with that – and the other thing is knowing the right people,” says Nicosia. “There’s nothing worse than making a cold call.”

The New Orleans startup launched in public beta in late January, after raising almost $30,000 for charity during a private test. Entrepreneurs and mentors, as well as celebrities and artists, are auctioning off their time and choosing from a couple hundred thousand charities to donate to. Here, Nicosia is counting on busy people's altruism to encourage them to schedule meetings they wouldn’t otherwise take.

Nicosia was inspired by a silent auction he attended, where lunch meetings with VIPs were being bid on. As it turns out, the startup Clarity came to a similar conclusion: mentors can get paid for phone meetings or donate the money to charity. The difference is that Connect for a Cause directly engages the charities, allowing them to manage a profile and get lists of supporters. In that way, Connect for a Cause is more akin to Raise5.

Connect for a Cause takes a 5 to 20 percent fee on the amount raised (the higher the amount, the lower the percentage). While they currently focus on face-to-face meetings – the holy grail of networking – Nicosia says they may roll out video calls in the next few months.