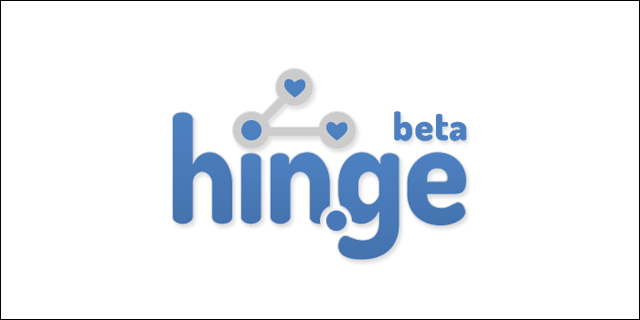 If I were single, I would totally use DC-based online dating app Hinge.  (Of course, Facebook didn’t existed back when I was single – in the 20th century – but this post is not about how old I am….)

Rather than using some crazy algorithm, Hinge is a Facebook app that uses your Facebook friends as your matchmaker.  It works a bit like Pandora – you don’t fill out a survey, you simply answer questions about your friends.  Hinge then makes recommendations based on the profiles of friends of friends.  Privacy is protected – Hinge doesn’t post on your timeline, and all responses are anonymous.

So far, user feedback has been awesome.  “We are rolling out new questions regularly to keep things interesting and fresh,” Co-Founder and CEO Justin McLeod told me.  “We are getting feature requests, which we are working on now, like a mobile app. Another requested feature is around matching.  People like getting matched up with friends of friends, but what if they like a Facebook friend, they can’t get matched up yet. We are working on a QuickMatch feature to solve that problem.”

Since they started advertising two weeks ago, Hinge has grown to more than 1,000 users.  People are inviting their friends like crazy – the average Hinge user sends out 15 invites to join – and they are answering more than 100 answers a month.  “We have 340,000 people in our database, and the average DC user has 2,000 compatible, single, and local friends-of-friends. Bennett [Richardson, Hinge’s Co-Founder and CMO] has 6,000 potential matches, and I have 4,000,” McLeod said.

Sounds great, but McLeod and Richardson were running into a problem: The Facebook request channel sucks. Because so many requests were not getting accepted, they decided to move invites to email and texts.  Email will also be used to alert users when their friends join and when their friends are getting looked at.

All users receive 5 recommendations a day – of which a whopping 30% are being saved.  When 2 people have a mutual save, Hinge’s intern will research the two users and suggest a date.  “We will start keeping track of how often they become friends, and we’ll start following up post-date,” McLeod said.

Proving the virality of Hinge, McLeod said that you might already be on someone’s saved list, and you just don’t know it yet.  “We were at a bar last in DC for a meetup, and we were talking with this girl named Alyssa.  We never talked to her before, and we were telling her about Hinge.  She said, ‘Maybe I’ll sign up,’ and a friend walked in and said, “Hey Alyssa, I got an email today from Hinge that someone likes you.”

And by the way, if you are taken, you can set up your single friends.  Check out Hinge – and let us know what you think of it!