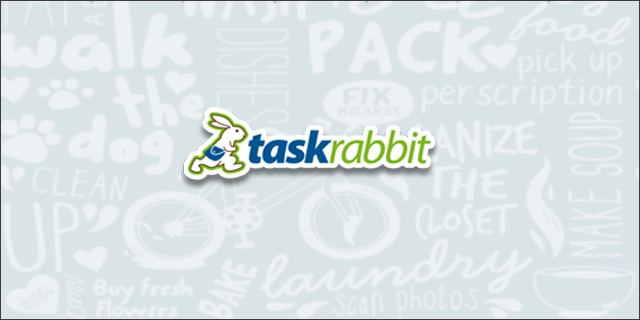 Most of us know about the division of labor: instead of growing our own food, stitching our own clothes, and getting homeschooled, we can buy from grocers and tailors and study under worldly professors. But there’s a whole new division of labor springing from TaskRabbit, where we can rely on others to do even the minutest of our chores.

“TaskRabbit is focused on building a service marketplace that safely and reliably connects neighbors to get anything done,” explains Jamie Viggiano, TaskRabbit’s marketing director. On TaskRabbit, which launched a new iOS app on Thursday, users post tasks and runners bid on them. Once a task is completed, the runner gets paid and TaskRabbit takes a cut, usually around 15 percent.

Founded in 2008 as RunMyErrand, TaskRabbit rebranded after expanding beyond errands. But even “task” may not be broad enough: the postings include such oddities as holding a man accountable to his diet and buying tobacco from gas stations after midnight to verify that employees are checking IDs.

TaskRabbit is similar to Viatask, but already well established: it has launched in Boston, San Francisco, New York City, Los Angeles, and Orange County, and is coming soon to Portland, Seattle, and Chicago. This growth has been propelled by $5 million in funding led by Shasta Ventures.

Just as the old division of labor created specialized professions, this new division of labor may be carving out a new job title: the runner, or TaskRabbit. To earn their bunny ears, runners must pass a video interview, background check, and online training. But once they do, they have access to the thousands of tasks posted per month. They also get “carrots” for completing tasks, which can pay for free ones.

Given the time investment required—and the potential payoff—“TaskRabbit” could start showing up on resumes. Runners can find part-time jobs like executive assistant on the site, and four $30 tasks per weekday would add up to a modest salary. TaskRabbit’s iOS app makes this a feasible goal: users can post tasks without even typing by choosing a category and recording a video message, and runners can perform multiple tasks at once at popular destinations like Ikea and Whole Foods.

Like many e-commerce sites, TaskRabbit faces the challenge of combating fraud. So it has built a trusty community based on ratings of runners and posters, and it will help resolve disputes if a runner’s performance isn’t carrot-worthy. It also protects runners by automatically transferring payment three days (at most) after a task is completed.

For overworked startup founders, the lazy, and especially overworked, lazy founders, TaskRabbit can help you divide and conquer.