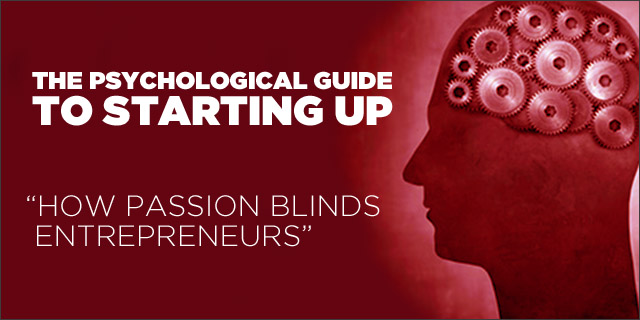 This post is part of Tech Cocktail’s “Psychological Guide to Starting Up,” bringing you insights on the psychological and emotional challenges of startups throughout June.

In startup utopia, everyone you share your idea with thinks it’s the best thing since HTTP. You dive into work bringing it to life, your days and nights filled with excitement, breakthroughs, and skyrocketing pageviews. You’re the hero, who’s benefitted all of mankind with your amazing product.

But this isn’t reality; it’s the made-for-TV version of startup life that some first-time entrepreneurs envision. And the root of this misconception, ironically, is the very thing that makes a good entrepreneur: passion for an idea.

We asked entrepreneurs to share their misconceptions about startup life – the things they wish they had known beforehand – and this is what they said.

You know that feeling when you tell a hilarious story, deliver the punchline, and no one laughs? Well, the same kind of thing can happen when you share your startup idea with other people.

When you talk to partners and investors, they may want to hear more about markets, metrics, and scalability than why this idea excites you.

“No one will have as much passion for what you are doing as you do,” says Jonathan Knight, founder of Qmee. “People will only care about you and your idea when it is obvious it is working.”

At home, your family probably won’t want to talk about your idea all the time. And, surprisingly, even your team members may not be as pumped as you are.

“You are faced with the cold, hard reality that not everyone is as passionate about your projects as you are yourself. You expect employees to put in their hearts and souls, as you do yourself, but you just cannot,” says Robert Hoddenbagh, cofounder of MesaSix.

“It makes you feel like you're being taken advantage of when employees take your company (and their jobs) for granted,” says Jana Francis, founder of STEALS.com.

It’s almost impossible for anyone else to be as passionate as you, because it’s not their idea. The product didn’t spring from their own brains; it’s like someone else’s baby.

Like first loves, first ideas are hard to give up. Everything seems perfect; you start dreaming of a rosy future where you’re happy and successful.

Plus, it’s hard to admit that you were wrong. Changing your idea means going from the planning phase back to the brainstorming phase, which is a bit of a mental jump. And you may not be as passionate about the product you end up working on; passion and business potential don’t always coincide.

The solution here is to start customer development early before you get attached to your idea. Or, even better, find a problem that excites you, not a solution.

“All you can really do is decide on a problem that you passionately feel is worth fixing, and then lose your ego about the best way to solve that problem,” says Dave Meyer, CEO and founder of Campuscene.

When you watch the World Series of Poker on TV, it’s all double aces in the hole, going “all in,” and big jackpots. What they don’t show you is the other eight hours in the day, where players are quietly discarding their 2-7 off-suit or winning single chips.

Startup life can be similar: although there’s the promise of a big jackpot at the end, the day-to-day is sometimes quite devoid of adrenaline-pumping action.

“The biggest misconception is that it is an exciting, risky, and fast ride full of excitement, big events, and unknowns,” says Dave Albertson, president of Wholesalefund. “This is kinda true, but I would better characterize startups as daily tedious grinding work.”

Developments will get delayed, traction won’t be immediate, your genius marketing video won’t go viral, and the funding process will take months. And then, of course, there’s the paperwork, from administration to taxes to payroll to expenses.

While the myth of overnight success has pretty much been debunked, we somehow don’t understand the corollary: that a long-time-coming success takes a long time, and that can’t be all fireworks and marathon coding sessions.

Finally, being passionate about an idea means you’ll talk to everyone about it, and ask anyone and everyone for help. After months of doing this, it can start to feel like you’re asking to much. You worry if Facebook followers are tired of your startup updates, or LinkedIn contacts are tired of receiving messages. You worry your social capital is running low, and wonder what will happen if this doesn’t work out.

“From giving to asking was the hardest leap to make as an entrepreneur. One thing I underestimated is how much time you spend asking people for things when you start a company: time, money, and trust,” says Steph Beer, cofounder of nsight2day. “Depending on your personality, this can hit you hard or really hard.” She compensates by spending time on the weekends giving – sharing resources with her contacts or volunteering for nonprofits.

That’s not to say that you shouldn’t have passion, or that startup life isn’t amazing. But it’s life, after all: it has highs and lows and bumps and lulls. Romanticizing it may give you the courage to jump in, but it ill prepares you for what follows. The happiest, hardiest entrepreneurs are the ones who learn to love (or at least accept) it all.

Want to sponsor this series or future article series? Sign up here.