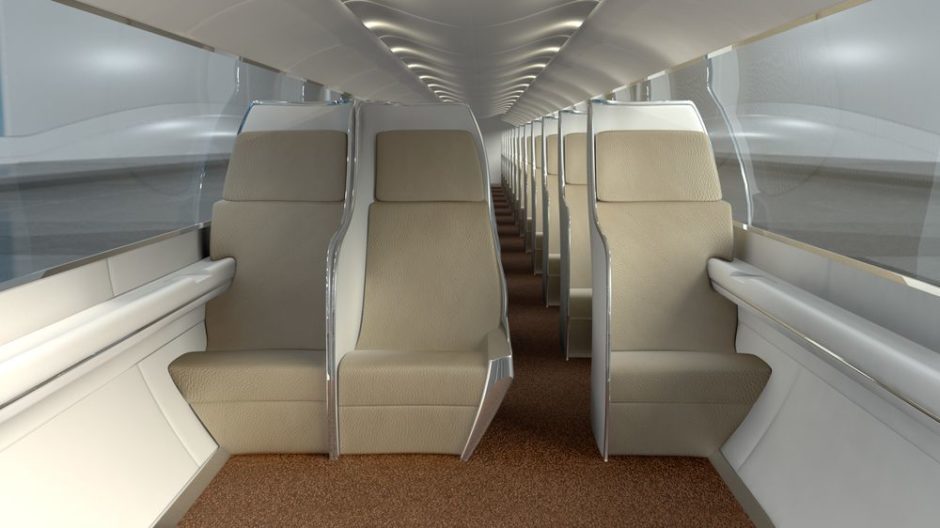 Science fiction has been a driving force in the tech world for a long time. Whether it be universal translators or communicator watches, sci-fi writers have helped to form the technology landscape we live in today. And while the Hyperloop transportation adventure has seen a number of twists and turns, this recent move from Hyperloop Transportation Technologies is straight out of your favorite superhero franchise.

HTT revealed earlier this week that they will be producing a new material that will be used to line the exterior of their unique pods. The material is purportedly 8 times stronger than aluminum and 10 times stronger than steel alternatives. It is also considered to be 1.5 times lighter than aluminum and five times lighter than steel. So, what's the name of this revolutionary new material? Vibranium.

If that sounds familiar, it's because it is the name of the (very much fake) substance used to create the iconic shield in the Captain America movies. The fake material also made an appearance in the recent Captain America: Civil War film as part of the Black Panther's costume. While the material in the movies and comics is far from real (hailing from the fake country of Wakanda), HTT is hoping the presence of Vibranium will assuage critics about the safety of the new transportation mode.

“What we are showing is, in part, this smart material which transmits without power integral stability and other values wirelessly,” said Dirk Ahlborn, CEO of both HTT and crowdfunding startup JumpStartFund, to The Verge. “Safety is the most important aspect. So the construction is done with [two] layers of Vibranium … Guaranteeing absolute safety. Should one fail, [we] would we have another layer that guarantees that the passenger can be brought to safety.”

This application of the new metal, combined with the unique magnetic transportation system, should help HTT compete with Hyperloop One, their main competition in the release of this new mode of transportation. Hyperloop One has made waves in recent weeks themselves by testing out the propulsion system in the Las Vegas desert with much success.

So, will naming their new material after an infamously strong and dubiously fake material really help critics get over their fear of traveling in these speedy tubes? Unlikely. 700 miles per hour is fast and those that are skeptical aren't going to let a comic book reference make them feel any better. Fortunately there are enough supporters of the crazy idea that a little trepidation won't slow them down. And if Vibranium is as strong as HTT claims, the future of transportation could end up being faster than the Flash.