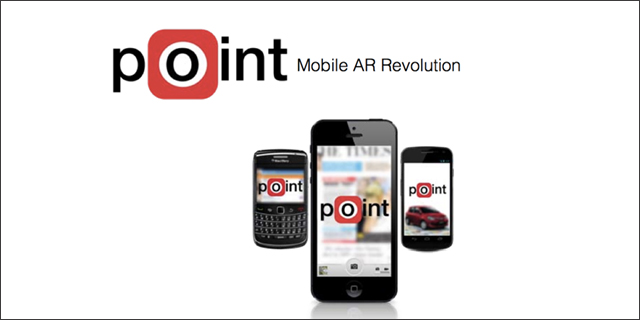 Augmented reality is one of those technologies that still seem futuristic – think of Google Glass. Right now, most examples of augmented reality can be found in a much older medium: print advertising.

The Point app launches in the US today and is in discussions with US corporations to bring augmented reality to their advertising. Created in India, it’s already been used by around 150 brands across Asia: a Maxim India cover that comes to life, a 3D Windows 8 ad, and a Pond’s ad that takes years off your face.

According to CEO and founder Suresh Narasimha, advertising is transitioning from offline to online. With augmented reality, advertisers can bridge the two by connecting a print ad to a website or video. In fact, he and his company TELiBrahma have been working with another old medium – textbooks – to make them more interactive.

In the future, Narasimha expects to see augmented reality creating virtual experiences. For example, you might be able to try on a dress in a virtual fitting room, or see how a lamp from a magazine would look in your office. Or you could check out a new car without even going to the showroom: exploring under the hood, testing out the legroom, and opening up the trunk.

But augmented reality still has its challenges, says Narasimha – some human and some technical. One human problem is convincing brands of the value of AR. And one technical problem is making sure it works across hundreds of different iPhone and Android phones.

But through the lens of  his own AR app, Narasimha can see the potential. I enjoy “the immense possiblity that it represents, the new paradigms this technology can bring in,” he says.