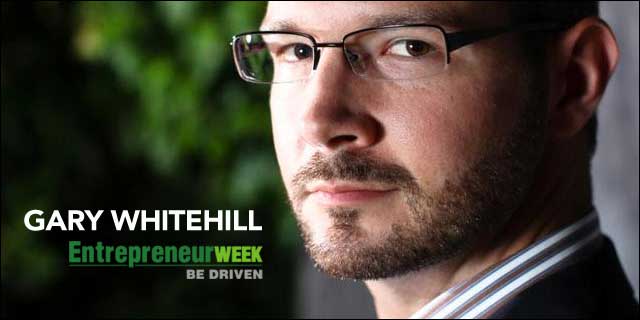 New York Entrepreneur Week wrapped up last Saturday, featuring CEO coach and investor Mac Lipscomb as a keynote speaker. The 20-person organization now has its sights on Chile, where they are sending a delegation in January.

This initiative is part of Entrepreneur Week’s expansion to South America, the Middle East, and Europe, which began with a delegation who met the Chilean president in November to encourage entrepreneur-friendly policies. Regular Entrepreneur Week events include networking sessions, hands-on training, talks, and “excursions” like ski trips and kite surfing.

But more than that, founder Gary Whitehill wants to turn Entrepreneur Week into a full e-learning platform that democratizes entrepreneurship education, à la TED. He and his team are working on distilling three years of conferences into 3-5 minute transcribed clips, planned to go live in late 2012.

Part of this was inspired by Whitehill’s struggles with traditional, left-brained education as a kid. Below, he answers a few questions on what makes Entrepreneur Week different and his not-so-hidden agenda in creating it.

Tech Cocktail: Why did you start Entrepreneur Week?

Whitehill: I’ll give you a little background on me. When I was a kid, I started building robots at the age of 6 alongside two of my friends, and they both went on to MIT. I, on the other hand, could never take a left-brain linear-based test. For basically my entire life and all into college, I was told I was stupid. I just thought in a very different way. It wasn’t that I didn’t get good grades – I worked very hard for those grades – I just could never take a test. I got a 980 on my SAT, for instance – it basically says, “You’re an idiot.”

That’s the background about why I care so much about education. I sat back in 2009 and had one of those, “What do you want to do with your life?” moments. I thought about what I was passionate about, which is kids and giving kids a chance.

I thought, what if you could aggregate all these disparate entrepreneurial organizations and resources? What if you could get them involved with something that created momentum and engaged them, and could eventually plug in the non-profit agenda of my Relentless Foundation, which is about getting entrepreneurship taught in every K-12 grade in the school day in every school system by 2030? And the platform I came up with is Entrepreneur Week. I don’t know if it’s going to work, but at the end of the day, that’s really truly what I’m passionate about.

Tech Cocktail: There are so many entrepreneurship events out there – what makes Entrepreneur Week unique?

Whitehill: There’s a lot of different models out there for engaging entrepreneurs. I think that TED and TEDx have truly proven that the right model is hyper-local events with a global infrastructure. Entrepreneur Week deploys into a city – New York; Denver; Lima, Peru; Santiago, Chile – and we’ll partner with a local brand ambassador and do about three months of research to really understand the problem in the entrepreneurial ecosystem. Then we’ll hyper-target the content and the speakers we pull in from all around the world.

The other side is looking to accelerate entrepreneurship and innovation around the globe, and that’s where we bring delegations of successful entrepreneurs, investors, and thought leaders to meet with the heads of government, to meet with those influential stakeholders to see what strategic pieces of the puzzle are needed to move that ecosystem forward.

One of the things a lot of people miss is the fact that you have to have government involved. You want to partner with them and leverage the government for their support, resources, and credibility, but you want to keep the execution and the business models in the private sector. Right now there are a lot of for-profits and non-profits, but there aren’t a lot of public-private partnerships, and that’s really where we see the opportunity on a global scale.

To see when Entrepreneur Week is coming to your city or how you can get involved, visit EntrepreneurWeek.net.