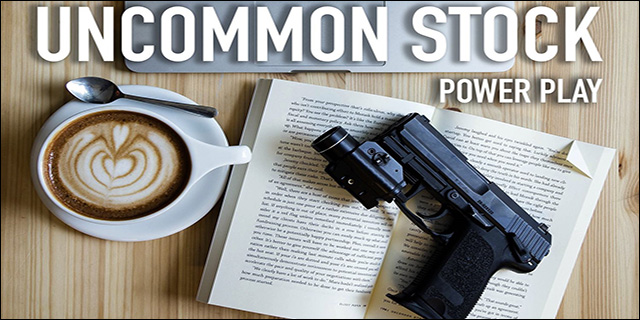 Mara Winkel isn't your typical tech founder.  Besides having her story publicized by FG Press (Brad Feld's publishing company), she doesn't make a lot of public appearances.  She doesn't do many interviews. You probably won't read about her in ValleyWag.  But what she is building, is huge. She's revolutionizing financial technology, and she's going all in.

I got a chance to catch up with her last week and look back on the whirlwind this last year has been for her.

Describe what you’re building with Mozaik?
We're building spell check for financial fraud. Everyone has a friend or relative who's been a victim of fraud, even if they haven't gone through it themselves yet. Banks and financial institutions experience this problem at a massive scale. Pyramid schemes bankrupt pension funds, leaving beneficiaries destitute. Top executives structure massive embezzlement schemes. Drug cartels find loopholes to clean their dirty money, often collaborating with inside sources. This is a systemic problem and regulators don't know what to do. They hand down multibillion dollar fines to banks but the rules are filled with shades of gray and enforcement is an insurmountable challenge.

That's where Mozaik comes in. Our algorithms sniff out and flag inconsistencies in financial data. Our analysis highlights suspicious behavior, tracking those dollars through countless shell companies, gaps, and accounts. We're working to drive dirty money out of the world's financial system.

What made you want to get involved in this project?
[laughs] I didn't want to get involved in Mozaik in the first place. My best friend James Chen pitched me on the idea at the Laughing Goat coffee shop in Boulder. I was doing my undergrad at CU Boulder at the time and I told him he was nuts for dropping out to start a company based on a piece of crazy software. But James is brilliant, he's the smartest person I've ever met. He soon convinced me that I was nuts for not teaming up with him. So we made the jump together. That was an awkward Thanksgiving, I can tell you that much. It's been a wild ride since then. Thinking back, it seems like a lifetime ago even though it's only been a couple years.

2014 was a big year for you and Mozaik; you’ve had some amazing growth, you raised your Series B from the Foundry Group.  What has it been like having someone like Brad Feld on your board?
If you've followed Mozaik's growth then you probably know we've had some… controversial challenges with our investors and our board. Obviously I'm not free to go into details here, but suffice it to say that having Brad involved has been a lifesaver. We are deeply honored to have Foundry Group as investors and gaining Brad as a friend and mentor is incredible.

We did extensive due diligence on Foundry before inviting them to invest (we've learned to be careful) and they passed with flying colors. Many entrepreneurs think of due diligence as a one-way street, but it's just as important to vet a potential investor as it is for them to vet you. It's a major decision with longterm impacts for both sides, and we famously fucked that up with our seed round.

You keep a fairly low social profile, what is one thing that we should know about you as a founder?
The work is the work. The path is the path. Ben Horowitz has described entrepreneurship as “the struggle” and Paul Graham emphasizes the importance of “schlepping” to building real value. I'm terrible at a lot of things. I forget to call my parents on their birthdays. I can have a short fuse if something pisses me off. I couldn't write a piece of decent code if my life depended on it.

But there's one thing that's served me as a founder and CEO: I am relentless. When I go after something, nothing and nobody will be able to stop me. I once went through thirteen levels of appeal for a $17 parking ticket. A few years ago, a friend told me over dinner that they were running a marathon the next morning and joked that I should join. I ran and completed the race in three hours and thirty two minutes. When I was a kid, I ate corn flakes for every meal for two months despite my parents constant punishments and cajoling. Now I'm more self aware of that quality in myself, and it's something I bring to the table everyday for Mozaik.

There’s a lot of talk about women in tech and the inequality that exists, have you experienced similar struggles?
To be honest, I try not to overthink it. Are there serious gender imbalances in tech? Yes. Is it also a problem in computer science and engineering schools? Yes. Is that also true of other industries? Yes. Does that sometimes result in idiotic behavior from a cohort of repressed frat boy personalities? Yes. Are inequities real and widespread? Yes. Is this situation ideal? Obviously not.

But I'm an entrepreneur. I live in the real world and I focus on where I can create an impact. I have a rule: don't work with assholes. I assume everyone's worthy of my trust and respect when I meet them. But if a VC comments on my cleavage, I will leave the conversation immediately and never interact with him again. Ever. It's just not worth wasting your time on shitty people. I figure that the single biggest way I can have an impact on gender and racial inequality in tech is by building a company that holds diversity as a core value. And if we succeed, maybe we can be a role model that shows that if the system is broken, then fuck the system. We'll build a new one from scratch.

What has been the biggest challenge for you this year?
The nature of our work means that I can't share all the juicy operational details. We're taking down financial criminals at a systemic level. These bad bankers enable everything from political corruption to the meth trade. At Mozaik, we optimize for challenge. We're not comfortable if we're not in over our heads. If things get comfortable, I know we need to reach for new heights.

This year has been a learning experience for me. One of the side effects of success is that our team has grown very rapidly. As CEO, I've needed to evolve and adjust my management style to accommodate that growth. In the blink of an eye, we've gone from two best friends in a coffee shop to one of the fastest growing companies in the country. Keeping up and forging ahead require reflection, brutal honesty, and sacrifice. It's not pretty inside the sausage factory but if we do things right, your bratwurst will be mouthwatering.

What can we expect to see next from Mozaik?
We actually just issued a major press release that I'm absolutely thrilled about. It's not the normal corporate-speak press release drivel and I promise you won't be disappointed. Oh, and if you're brilliant and relentless, drop me a line. We're hiring.

Mara is profiled in Eliot Peper‘s new book Uncommon Stock: Power Play published by FG Press which captures the incredible growth she and Mozaik have seen over the past year.

If you want better insights into what's happening inside your company, I co-founded WithCircle. I also co-host Rocketship.fm where we cover business topics from early growth to funding and everything in between. I also write on Medium and you can follow me on Twitter @michaelsacca.