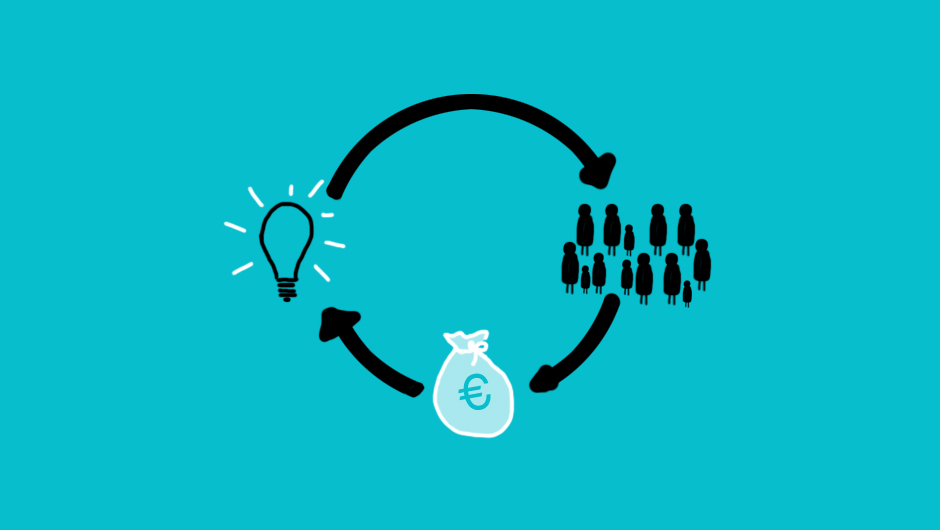 Today, the term crowdfunding is often associated with the term startup. A startup is a company in its early stage and, usually, such companies wish to seek funding. One of the ways of doing so is to engage in what can be called “collective funding” – crowdfunding. This form of financing allows startups not only raise funds, but also validate the acceptance of the idea by the public.

Back in 2012, President Obama and the US Congress passed the Jumpstart Our Business Startups (JOBS) Act, which brought a set of new laws promising to allow startups and other SMEs to start raising money online from regular investors, via crowdfunding or, more specifically, Investment Crowdfunding, also known as Equity Crowdfunding.

This was something that US financial rules previously forbade as in Investment Crowdfunding, instead of buying the product, backers are actually buying an equity piece of a company, just like it is done on the stock market.

The JOBS Act was divided into several “Titles”, and some of them were immediately approved, while others involved the creation of specific technical rules – a process that ended up taking a long time. The last of them, Title III, will go into effect on May 16th, leaving some people to believe that Equity Crowdfunding will only be lawful then.

However, what most people failed to realize is that the JOBS Act also created two additional kinds of Investment Crowdfunding:

While Title II has been very successful, with a total volume of equity crowdfunding at $2.1 billion last year in the US, this type of crowdfunding is only available to people with strong financial power. Title IV, accessible to the general public both in terms of regulations and financial status, is just starting, as it has only been approved in June 2015, but is showing promising signs.

Title III, the one that is getting everyone excited, might not be that great for companies. Among other limitations, they will only be able to take up $1 million, which might not be enough for some of them. Not only that, but that is fairly less than what other companies got through regular crowdfunding – just look at Pebble Time‘s example. Investors are also limited, as the top amount they can invest is related to their annual income.

Such regulations take Title III out of the “oasis” status that some gave it, and make it a no-go for most tech companies. David Pricco, analyst at CrowdExpert.com, supports that same thought:

If you are building the next big app, or big data machine learning algorithmic advertising platform, or bitcoin-only flying car sharing marketplace, then there is a huge industry of venture capitalists and angel investors all fighting to give you their money. If you really hit on something good you can walk into the right meeting with a private investor and walk out with one check to carry your business through the next few years. Crowdfunding takes months and months of planning and marketing, talking to investors and keeping track of paperwork, all under the strict rules of the SEC [US Securities and Exchange Commission].

Anyway, we have to wait for May and the following months to see how this will unravel. Until then, crowdfunding investors should definitely plan their actions and study regulations if they want to invest the right way and make money.