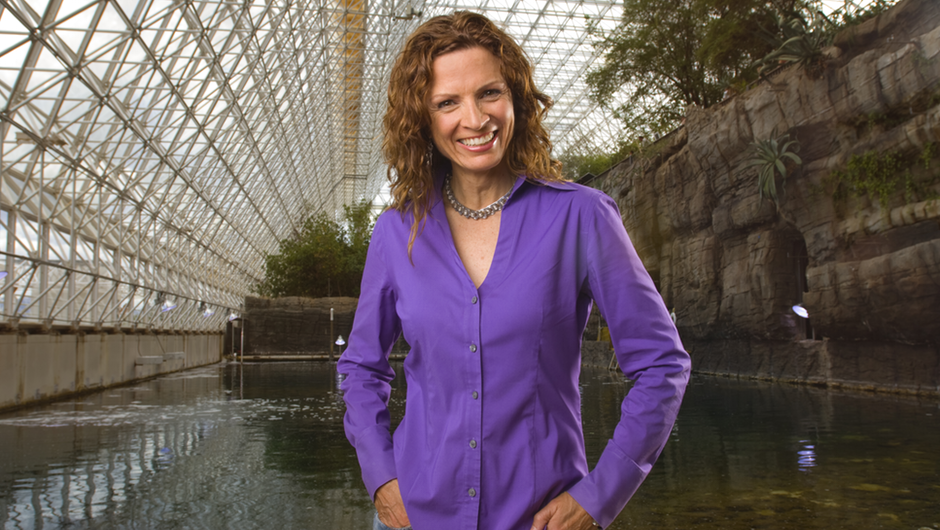 Jane Poynter wants to invite you to sip a cocktail at the edge of space, peacefully ensconced in her elegant, balloon-powered capsule that will float customers outside the earth’s atmosphere and back – almost 20 miles high – starting around 2016.

This project, called World View Enterprises, may change the way we look at the world. Astronauts famously come back to earth talking not just about the blackness of space but about the majestic view of the earth. They see a planet without political boundaries, the home of all humans; they see the thin blue line of our atmosphere, which we’re dependent on for life. It’s a transformational experience, and Poynter and her team want to bring it to the public for $75,000.

“[When] we’ve thought about space travel in the past, normally we think of high vibration, high Gs, incredible acceleration and power and speed and rockets,” says Poynter. “What we are hoping to do with World View is change that idea for people – it is gentle, and you can float up to above the atmosphere with your beverage of choice looking out the window at the view below. It will be a relaxing, contemplative experience if you want it to be.” 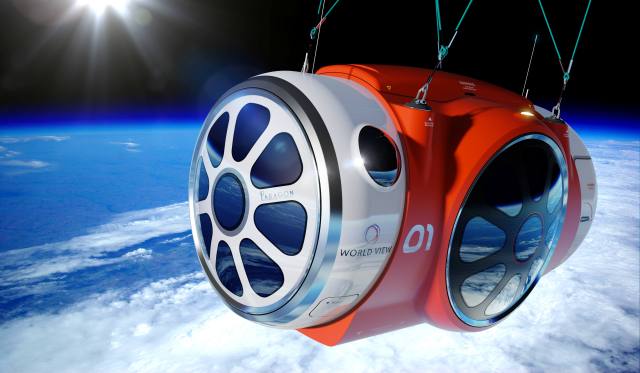 In 2014, World View did a test flight at 10% of the final size, and they hope to do a full-scale test flight this year. Each trip will have room for six passengers and take off from Arizona, Nevada, or Mexico. After launch – which is planned for 2016, but may be delayed – Poynter hopes to expand to different parts of the world so customers can get different vantage points on the earth. She also hopes to lower ticket prices and make it as accessible as possible.

The initial plans for Paragon were laid down in the confines of Biosphere 2, where Poynter and MacCallum were crew members – maybe you’ve heard of it? Biosphere 2 was an experimental space colony near Tucson, Arizona, where eight people lived in isolation for two years (1991-93). The goal was to see if the experimenters could anticipate everything a human colony would need to live on another planet, seal up the biosphere, and observe what happened. (Unfortunately, oxygen levels dropped dangerously low and they had to be resupplied.)

For Poynter, it was a once-in-a-lifetime opportunity: no one had ever created a biosphere from scratch, and she could help contribute knowledge to a future Mars mission. But the inspiration she took from the experience wasn’t what she expected. Spending hours and hours harvesting sweet potatoes, she came out with a vivid understanding of our interconnectedness with the environment.

“I  was extremely aware, moment by moment, that the plants around me were providing me with my oxygen, and that I was giving them CO2, and that we were linked in this atomic dance – that we were completely dependent upon each other,” she recalls.

Poynter thought Biosphere 2 was the closest she would ever get to going to Mars, but it remains to be seen if she was right. Wired reported that she and her husband were contenders for a 2021 fly-by mission to Mars – and while she isn’t packing her bags, she doesn’t dismiss the possibility that it might happen one day.

“I am fascinated by the notion that humanity could be a multiplanetary species. . . It’s a huge idea, and it’s an epic idea,” she says. “Right now I am 110% focused on World View, but who knows what will happen in the future?”