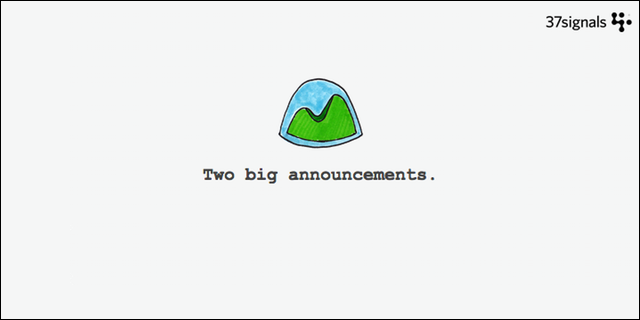 As the clock struck midnight on February 5, Basecamp’s 10th birthday, Jason Fried’s company 37signals announced that they'll be devoting all their attention to Basecamp going forward – and renaming the company “Basecamp.”

“We've become a bit scattered, a bit diluted. Nobody does their best work when they're spread too thin. We certainly don't. We do our best work when we're all focused on one thing,” said Fried.

It’s no surprise they chose the project management tool Basecamp, which has over 15 million users, as that one thing. As for their other major products, Campfire and Highrise, the Chicago company hopes to spin them off and retain partial ownership, or sell. Campfire is priced somewhere between $1 million and $9 million, while Highrise will cost tens of millions to acquire. If they can't find a new home for Campfire and Highrise, 37signals will continue running them but sell no new memberships and only do maintenance work.

Fried hinted at this change in a December fireside chat with Tech Cocktail, where he talked about simplifying the product line.

As part of today's announcement, Fried also revealed that 37signals will be starting an online publication called THE DISTANCE.

Founded in 1999, 37signals has reached 43 employees and been around for 15 years. And they plan to be around for much longer – Fried signed off on the big announcement with “standing by to serve you for decades to come.”