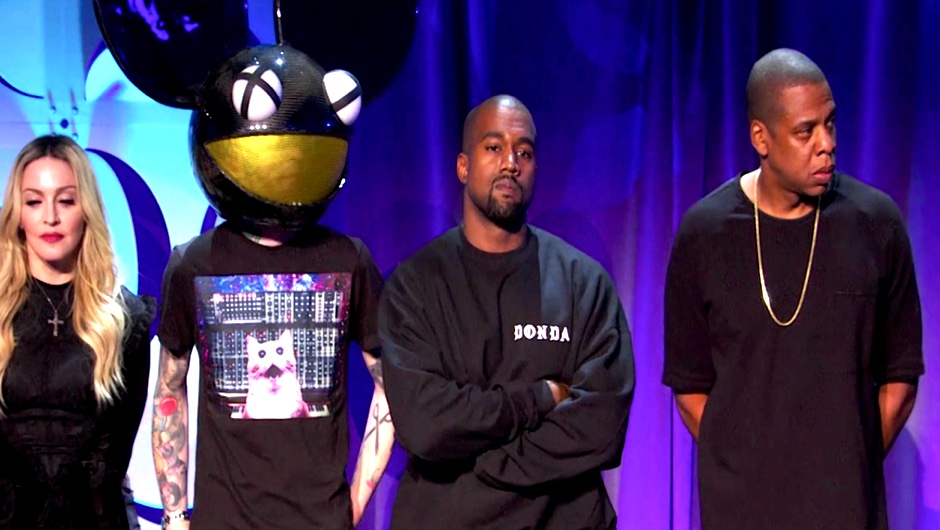 By they, Jay-Z means streaming companies like Spotify with 15 million paying users, and 60 million overall users. As of today, Tidal has less than 40,000 paying subscribers. However, things may quickly change since Tidal already has 25 million songs in its library. That’s a comparable library to Spotify, Rdio, and Google’s music service. And there is also the “celebrity factor” that can be an advantage. According to The New York Times, Jay-Z  granted all of the 17 artists on stage during the launch small stakes in the new service in return for their participation in promotion.

“Our mission goes beyond commerce and technology,” said Alicia Keys, who acted as spokesperson for the artist during the launch. “Music is the world’s first true universal language. There’s not a soul living who can deny its impact.”

There will be no free options for users, something that Spotify and Pandora offer. If you want to listen to music on Tidal, you have to pay at least $9.99 per month from day one. But according to the company, it will also offer exclusive content from the artists involved, as well as special events for paying members. Tidal is available the web, iOS, and Android. Tidal will offer users the ability to save songs for listening without an Internet connection.

“The challenge is to get everyone to respect music again, to recognize its value,” said Jay Z during the launch. “Water is free. Music is $6 but no one wants to pay for music. You should drink free water from the tap — it’s a beautiful thing. And if you want to hear the most beautiful song, then support the artist.”

Vania Schlogel,  an executive at Aspiro, confirmed that the music service will be partnering with Sprint and Sprint’s owner, Softbank.

More details about Tidal are still to come but the service is already available. We will have to wait and see if it will be able to compete with established tech companies like Spotify and Dr. Dre's Beats Music Service backed by Apple, Inc.