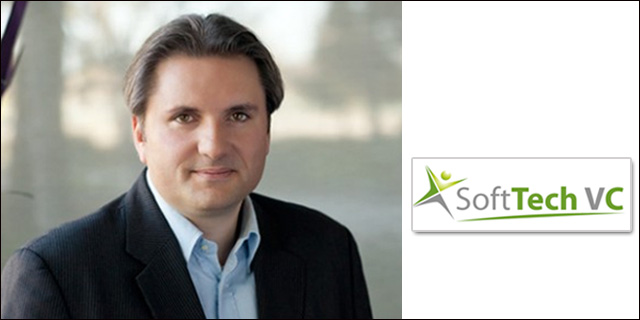 Named a “kingmaker” of Silicon Valley, micro-VC Jeff Clavier has been pitched more than 10,000 times (according to his own estimate). His firm SoftTech VC, which recently closed a third fund of $55 million, boasts investments like Eventbrite, Mint, Fitbit, and Fab.

That’s all to say: Clavier knows pitches – he’s seen the tricks, the flashes of genius, and the (literal) dealbreakers.

I caught up with Clavier in Singapore at this week's DEMO Asia, where he elaborated on how to get to the top of his growing pile of pitches, why he loves traits like “cold-blooded self-assurance” and the “I will walk through walls” attitude, and the dangers of lean startup.

Tech Cocktail: What’s one mistake entrepreneurs make when they pitch to you?

Clavier: Understand the rules of engagement. And the rules of engagement are that it doesn’t really matter if you get my attention at a conference; what matters is that you find the person who will introduce or reintroduce you to me. If you figure out who in my contacts are the guys I spend a lot of time with and I trust, and you get those guys to introduce you because you know them well, I will use the credibility I have for that person as a proxy for you.

What happens most often is one of my friends introduces me to a startup. Okay. It’s either something that is in one of the spaces that we’re interested in, or not – or if we have something in sort of that category, we say, “We do one bet per category,” so we pass. But if ever it’s interesting, I just fire back and say, “Oh, interesting, how well do you know those guys?” and I will try and test how strong that connection is. And if it’s, “Oh, I just met that dude at the conference; he wanted an intro,” it’s one thing; but if they say, “Well, I’ve known that guy because I worked with him for a couple of years, and this is why I like them,” or “I’ve met those guys three times, and this is the progress,” we’ll figure out based on that connection where in the pile that opportunity will go.

We have a huge pile – we get 200 to 300 opportunities per month, roughly. And so the cold emails go at the bottom, the referrals from guys who sort of know or don’t really have a strong connection go in the middle, and the top of the pile is the guys who can really give us a sense of the opportunities. 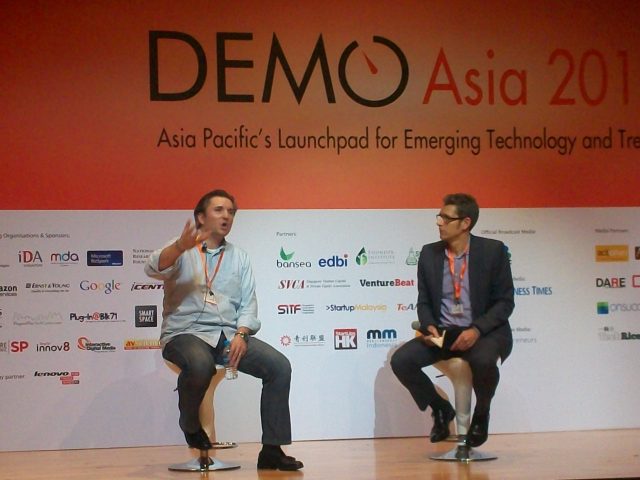 So the rule of engagement is – yes, it’s okay to spend 30 seconds or 1 minute at the conference and say, “Hey, I’m X, I’m doing this startup, I would love to give you my card and I will get someone – if you can name a person – and that someone will introduce us in an email next week.” Absolutely frickin’ perfect fine, because I will remember that when I get the email – that will put you in context….

Someone asked me, how many startups have you seen in the past 8 years since you started? And I actually frankly don’t know; more than 10,000, I’m pretty sure. I’ve never invested in a cold email or a cold intro, ever. But I’ve actually invested in a few companies I met at conferences. Serendipity works in our market; you have to give it a chance.

Tech Cocktail: What’s one common piece of advice from investors that you disagree with?

Jeff Clavier: If you show me a slide as an early-stage company that mentions your exit opportunities and in 3 years you’ll sell to Google for that return to me, I’ll just laugh at you – but the laughing means you’re dead.

We believe that good things happen to good companies. As long as you build a strong company with a long-term, sustainable business and revenue, things will take care of themselves. And likewise, European guys will want to see that slide with all the potential acquirers and what they would pay and what they’ve paid. Why? Because exits are an issue for them, because the market for exits is actually really really small in Europe, whereas in the US – we’ll figure it out. There’s enough buyers around, we think we can actually make things happen if we need to.

Clavier: I actually don’t want to hear – if you put the exit strategy in front of me, I won’t laugh at you if you tell me, “This is how we see the ecosystem and those guys might be interested in us early on – but we are committed to build an independent, long-term sustainable company.” That’s what I want to hear. If you tell me, “I’m building this for an exit in 2 years,” I will tell you, “Best of luck.” (There’s nothing wrong with that – and I really want to emphasize that; someone trying to sell a company early, that’s fine, some people just need to get some cash)….

So that’s a nugget of advice, which is: if you want to sell early, or if you’re amenable to an early M&A, choose your investors wisely. Because individual investors like angels will get the money back, recycle, and go back and invest again. That’s absolutely fine. VCs need a minimum return: if we don’t think we can make 10x on an investment – absolutely all the stars have to align, and we really don’t know, but that’s basically the expectation – then we’ll just pass. We’ll say, “Hey, interesting, great guys, but we don’t see the market opportunity yielding an interesting company.”

The other thing which is very popular these days is the lean startup concept, which my friend Eric Ries has pioneered. And it all makes sense, but it’s based on the concept of throwing shit at your users very early on and then iterating. The problem is that users have less and less patience now. And so I’m all for the lean startup – and capital efficiency has really enabled what I do; without this notion of being able to get a company off the ground for $250K, I wouldn’t be here, and neither would my friends in the micro-VC industry – but you have to understand that whereas it’s important to iterate fast and take into account the feedback of your user and so on and so forth, you have to be careful of what you put in front of them first. This notion of “if you’re not ashamed of the first version you put out, it means that you’re too late in releasing it” is very dangerous….

Be very mindful of this initial experience you offer your users. Because today there are so many new websites and services and apps that are hitting the app store or the web every freaking day, that the ADD of users is really really high. And this first experience – if you hear that something is cool and you go there and you just puke on it, it’s very hard to overcome….

Tech Cocktail: Are you ever tempted to jump back into entrepreneurship?

Clavier: I see myself actually being an entrepreneur. If you look at SoftTech and think of it as: I saw this opportunity to invest in consumer Internet in a new way based on the opportunity that capital efficiency was offering us, and I was willing to quit my cushy job as a VC and start investing my own money – that was sort of my bootstrapping phase, and it lasted for three and a half years. Then I raised my first fund with outside capital, which was my series A, and in December we announced fund III, $55 million, which is my series B….

We just live and breathe the entrepreneur world, and we see ourselves very much as a startup.