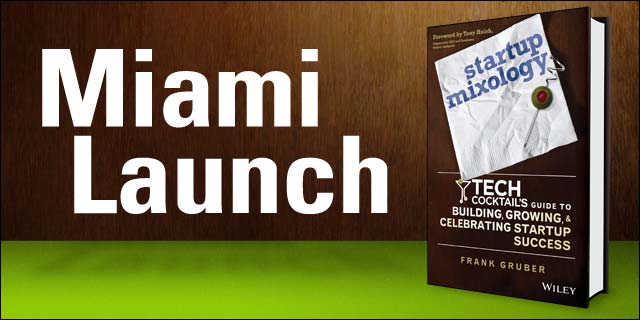 Music producer and entrepreneur Jermaine Dupri joined Tech Cocktail's co-founder Frank Gruber on stage last night for the launch of Gruber's book, Startup Mixology. They discussed startup culture, marketing and entrepreneurship in a room full of local entrepreneurs. Dupri, as founder of social media platform Global14, had a lot to say about the convergence of music and technology.

“The current business model in the music industry is dying because most of the executives of major music companies are old and dying,” said Dupri. “They are not taking advantage of what technology has to offer us today to improve the music business.”

He gave the example of tech company Shazam, and how the music industry has not embraced what the company can offer to labels and music artists. “I used to hear songs for the first time and have to remember them and go to a record store and try to find it. Now anyone can click and purchase anything on a smartphone,” explains Dupri.

With Global14, Dupri wants to take advantage of what technology can offer both musicians and fans by creating a place where they can establish dialogue and make connections.

“Global 14 was created because of the increasing trend of ‘social notifying’ versus ‘social networking,’ says Dupri. “Early adopter were the ones who made Global14 what it is today.”

Dupri and Gruber were joined by a panel of experts including: Matt Haggman (The Knight Foundation), Lori Anne Wardi (Neustar/.CO) and Hugh McLeod (Gaping Void). They discussed lessons from Startup Mixology and the future of Miami entrepreneurial community.