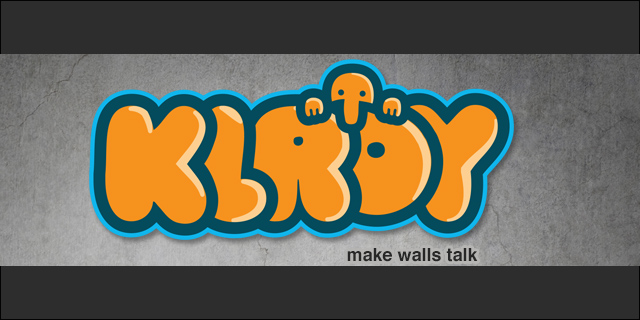 Some anonymous apps are based on broadcast messages and require users to connect to their Facebook accounts, but with Klroy content is driven by your location.

According to the site,“Klroy wants to become a digital collective archive of experiences, images, and thoughts that people have in and about certain places.”

Founder Ben Reddy says a few things sparked his idea for Klroy, such as people socializing and sharing their experiences on social media as well as how locations play an important role in our everyday lives.

“One of the ideas is the not only to facilitate communication through photos and message posts to locations in real time, but to create an archive where you can document your interests and activities and find out about the interests of others,” says Reddy, who lives in New York City.

So how does Klroy work?

Reddy first tested the app in various locations such as the now defunct Motor City and Max Fish bars in New York City. While he says workplaces and college campuses are popular locations, Klroy has another interesting feature:

“A Klroy would allow you to revisit these experiences whenever you are in that location, regardless of what that location has subsequently become,” reads the site. “Klroy provides the tool to document and preserve the excitement of a specific place at a specific time, so the past is not lost the way it has been.”

Additonally, Reddy says Klroy has a unique competitive advantage for two reasons. Unlike most anonymous apps, Klroy does not use broadcast messages beyond a location or require users to sign in with Facebook.

“None are solely focused on locations and many of them rely on on your Facebook contacts so they pull your contacts from Facebook and send something out to your existing friends and family whether it’s anonymous or not,” says Reddy of other anonymous apps.

As of now, Klroy has about 1,000 users, but Reddy plans to focus on marketing in September. Reddy also has a history of entrepreneurship experience as the Co-Founder of Internet Cash and a previous employee of Diddy.

While Reddy feels that people share more because of anonymity, he says you can choose any username and they won’t discourage you from sharing Klroy content on other outlets.

“Klroy is really about the experience of being in a place and part of what is going on in that place, not about telling everyone where you are,” reads the site. “However, sometimes stuff is just too good not to share with friends that aren’t with you at that moment.”