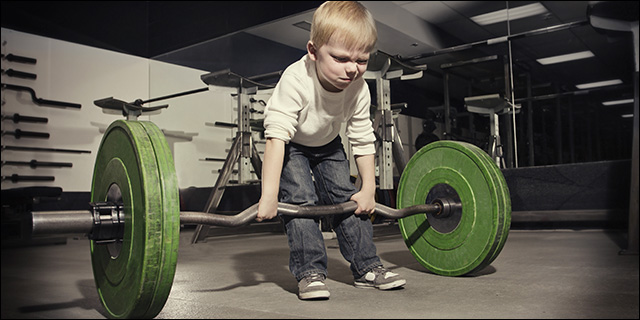 Every Thanksgiving, I like to review everything I am thankful for. This includes the best stories of the many entrepreneurs I get to interview. Knowing the struggles that other entrepreneurs have faced helps you get through tough times. Knowing that someone has been through worse and succeeded goes a long way in giving you hope. Those are the stories that help us get up when we get knocked down. I’m thankful for all the stories and motivation I have received from other startup founders. I have used their hurdles to inspire me to keep pushing forward everyday.

This year, my favorite story came from Mike Chang, founder of Sixpackshortcuts and After Burn Fuel. The reason I like this story so much is because it highlights the power of authenticity. So many times we believe we have to turn into someone else to be successful, whereas in reality true success comes from showing we are. Mike Chang has proven this to be true by using his personality to build a fitness empire. Here’s how we did it.

Mike Chang started from the most humble beginnings. He was completely broke when he started his company Six Pack Shortcuts. In fact, he had exactly 25 cents in the bank account and was overdrawn throughout 2010. Talk about starting from ground zero.

From there, Chang slept on an air mattress at his friend’s house and started illegally training people. He started trading his services for basic necessities like food and shelter.

Since illegally training people for rent, Mike has grown his business to be the #1 Fitness Channel on Youtube. He’s broken two world records, and jumped from $2.2 million in profit in 2011 to $15.4 million in 2014. Mike started with himself and a bunch of people who thought he was crazy, to now leading a team of 54 employees. Out of all the entrepreneurs I have ever interviewed, I’ve never seen this fast of a jump from such a low starting point.

After many interviews with Mike, I’ve learned that the key to his success has been his ability to show his followers who he really is. The greatest marketing tool Chang has been able to use is Youtube. Millions of viewers tune in to his weekly videos and continue to support him. Mike has been able to separate himself from the thousands of other fitness experts on Youtube.

When we look at why that is, the obvious reason is how Mike comes off in his videos. There is no difference when you speak to him one on one compared to when he’s speaking to millions. This not only has helped his brand but also turned him into a great leader. His organization has a strong company culture, and his employees believe in Mike as the founder.

Not only is Mike pure in regards to fitness, but he also shows the care he has for his followers through education. One of the greatest differences in Mike's videos is that he provides his viewers a recommended book to read every month. While this practice is used in many companies for their employees, Mike takes the time to do this for his customers. This is something many companys don't think of. What's so powerful about this is the fact that Mike accurately displays his desire to help others. It's clear from 30 seconds of listening to him that he is not motivated by money but instead a vision to help others. Being able to show that is why his business has continued to grow to what it is today.

The greatest lesson we can take away from this story is how powerful it is to be authentic to our employees and customers. It’s amazing to see how small principles lead to such giant advantages in the startup world. Great leaders are those who build trust with their employees and gain respect from customers. Whenever I forget this lesson, I remember how far authenticity has taken Mike Chang.