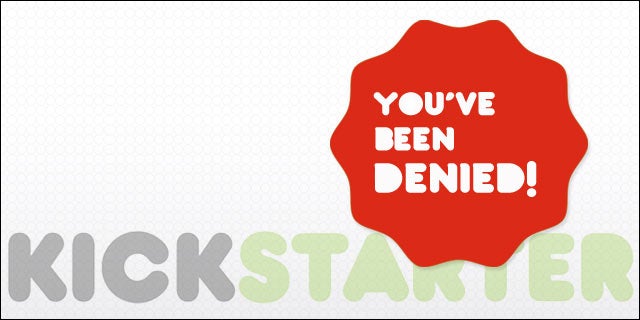 A word to the wise for all of of you startup founders considering raising funds via Kickstarter:

“A product is not a product,” Mike Vahey and Frank Taylor told me.  “Kickstarter has a very interesting vetting process.”

Vahey and Taylor are working together on a non-tech product called The Travel Halo, an alternative to the traditional travel pillow.  It’s a headband that has stabilizing pillows on the back of your head, so when you put your head against a headrest, the pillows stop your head from flopping around. “A lot of hard work and research went into it even though it’s not a tech product,” they said.

So, like any new company, the team figured Kickstarter would be a great platform for raising money – their goal was $35k with a 30 day timeline.  They did their research on other successful product design campaigns and found that they had 6 things in common:

The team also meticulously reviewed and adhered to the submission guidelines. Kickstarter, however, had a different opinion.  Vahey and Taylor submitted their application, and 2 days later they received “a reply saying we had been denied because the product didn’t meet their guidelines – but no explanation was given saying where we felt short. They offer an appeal process, but you’re limited to 500 characters.  We emailed back to Kickstarter asking for a reason why we were denied, but we only got a canned response.”

So, they appealed, got denied again, and again received no explanation as to why.

“We wondered ‘Do we rework the campaign or the product?  Do we resubmit or go elsewhere?’” Vahey and Taylor had no idea.  They tweaked a section, resubmitted, and were denied a third time.

“We learned there is a high level of subjectivity at Kickstarter,” they said. “So we submitted and were accepted to IndieGoGo, another crowdfunding platform that launched a year before Kickstarter, and, unlike Kickstarter, IndieGoGo is not all or nothing in terms of funding.  You can keep however much you raise.“

While this was a frustrating experience for the team, they learned a few valuable lessons about creating a crowdfunding campaign:

“People think you can spend a few hours putting together a campaign and money will fall out of the sky into your pocket.  That’s just not the case.  The unsuccessful campaigns did not take the time to reach out to the media and their network.

“Secondly, people are not sitting around waiting to give away money.  You need to direct them to your campaign via Twitter, Facebook, a blog post, whatever.  We have reached out to travel writers and bloggers and sent them the product, so when we launched the campaign they’d be ready to spread the word for us.”

As for Kickstarter, The Travel Halo team had this to say: “Maybe there should be preliminary vetting, so you can write up a paragraph, submit, and get feedback before you spend an enormous amount of time and energy putting together a campaign. It would be a big value-add to their platform.”

You can view The Travel Halo IndieGoGo campaign here.

Have you had a frustrating experience with Kickstarter, or a successful one?  Share your story with us in the comments section below.