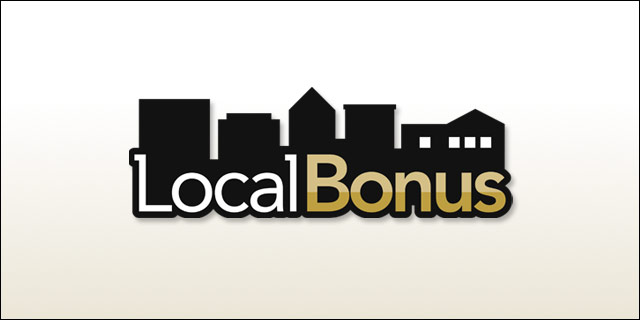 In response to the daily deal phenomenon that, unfortunately, does not build a local merchants’ customer base for the long-term, the loyalty program space has become jam packed with competitors.  In the last few months, we have covered Womply, Zavee, Belly, and Swipely – all with their own take on how to keep customers coming back.

LocalBonus, which launched last summer in NYC, has expanded their universal loyalty program to Seattle, Portland, Sacramento, and Denver with a network of over 800 merchants.  In a nod to their strong business model, they also recently announced a round of seed funding to the tune of $500,000.

Curious as to how are they going to cut through the noise in such a crowded space, CEO and Founder Derek Webster explained what sets them apart:

“As a former management consultant who traveled all the time, I became addicted to frequent flier and hotel rewards programs, and I realized there was a big gap in the retailer space.  You never get to an award – you get one stamp here, 2 stamps there, and you never get to anything meaningful.  Our local bonus points are universal among all merchants and can be combined for great rewards.”

Like the other loyalty programs, rewards are linked to your credit or debit card.  LocalBonus rewards, however, aren’t for coupons – they are for a fully redeemable cash value.  An added incentive is their LocalBonus Wolfpack, so if 5 or more members shop at a merchant on any given day, members will earn double points at that merchant.

The markets they decided to expand into aren’t the most obvious ones – where is Boston, DC, San Francisco, LA, Chicago?  “We weren’t looking for just tech-savvy cities,” said Webster.  “We are looking to prove this concept in the proverbial Main Street USA.”