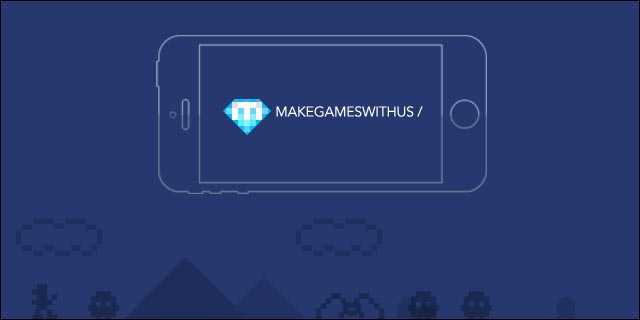 It seems that each week brings a new, break-out mobile game that sets the bar even higher for gross daily sales. Wouldn't it be nice to be that programmer, building that next bird-based money printer? Of course it would! It's obviously not so easy, as only a fraction of the most talented game developers will ever achieve fame and fortune. Put fame and fortune aside, and it is still a very difficult task just to make a viable career out of building games when you consider everything else that goes into it, including the additional tasks of marketing and publishing, just to name a few.

MakeGamesWith.Us is a startup “school” that seeks to provide an alternative path to getting the education necessary to design, build, ship, and market mobile games. Co-founder Ashutosh Desai says he was motivated to start MakesGamesWith.Us with his co-founder, Jeremy Rossmann, back in 2009 after he spent about three weeks in his college dorm room making the iOS game Helicopter, which grossed over $50k. Not bad for three weeks of work, and zero birds. That experience made him realize he wanted something else from his education, and since there wasn't a school around to give him what he was looking for, he and Jeremy decided to build it themselves.

What Ashutosh and Jeremy built was the MakeGamesWith.Us Summer Academy, a 9-week program to take entry-level developers and turn them into self-building, self-publishing, and self-marketing game studios. Knowing the basics of how to code is highly recommended and somewhat of a prerequisite, but the course starts with the basics and ends with each game developer demoing their finished games in front of the class. As each developer graduates, they walk away with the tools needed to build just about any game they can dream up, the know-how to publish it in the App Store, and the knowledge to successfully market it. This type of curriculum is something you cannot find anywhere else.

The Summer Academy tuition is $5,000 which, at first glance, seems pretty steep, but when compared to what it would cost to get this amount of education from a traditional institution, if it were even possible, that number suddenly seems like a steal. Summer is rapidly approaching, thankfully, and the April 15th deadline to apply is just around the corner, so sign up now. Maybe you'll be one of the lucky ones who learns how to build games and makes a fortune by hurling disgruntled birds at some pigs or navigating a shy bird through a series of checkpoints.

I'm the CTO of TechCo Media. I'm also the founder of Random Nerds. I love writing and talking about, entrepreneurship, technology, and video games. You can follow me on twitter @joecorbett.