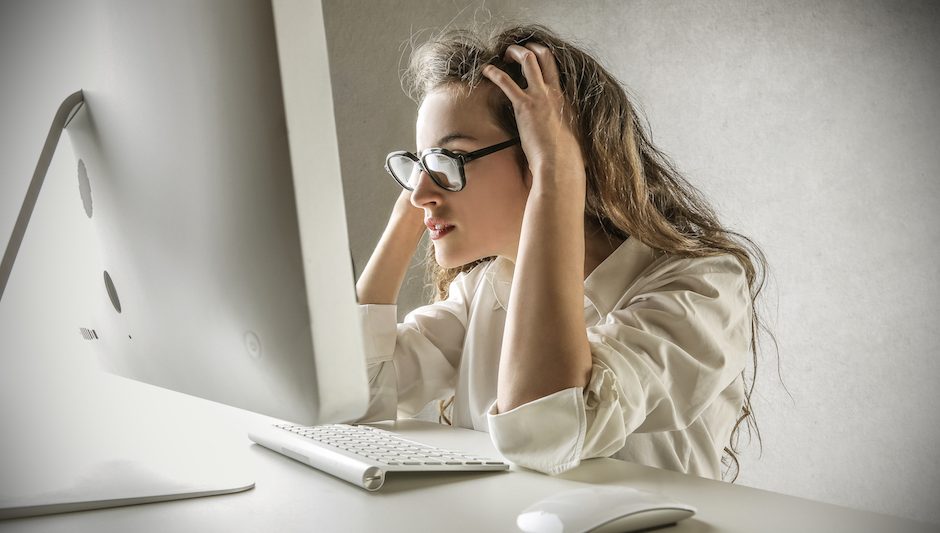 How many times a day do you check your smartphone? One study found that the average number of mobile phone notifications per day to be 63.5. Most of these notifications came from messages and emails, and almost all of them were seen within minutes of arriving.

If your friends, family, colleagues and clients were persistently tapping us on the shoulder, tussling for attention, most of us would naturally find this very stressful. So why is it any different with our phones, tablets, and laptops? The truth is, it isn’t. The American Psychological Association recently concluded that people who constantly check their digital devices are more stressed than those who don’t.

It goes further than this: another study linked phone addiction to depression and anxiety. With digital devices playing havoc with our mental health, it’s ironic that the answer to our problems may lie in those very devices. At least, that’s what the people behind a new wave of mobile meditation apps would like you to believe.

The science now supports what Buddhist monks have known for centuries: mindful meditation works. It’s endorsed by the NHS as a method to increase mental wellbeing, and there’s a strong chance it could help us counterbalance the weight of the stress those 63.5 notifications per day have on us. But can the cure really come from the cause?

There’s a certain irony to repurposing a stress-inducing digital device as a stress-reducing meditation device. That irony was pointed out in a WiRED article that lambasted meditation apps, like Calm and Headspace, as laughable and misguided. The irony was also pointed out by Jimmy Fallon, as he interviewed Headspace guru Andy Puddicombe. In response to Fallon’s charge that the phone is the most distracting thing in our lives, Puddicombe said:

“I love the idea that the phone can serve up something really good, that’s good for our health.”

But can it be done? If it can, the WiRED columnist suggests none of these apps get it right. In order to encourage users to meditate every single day, most meditation apps track statistics such as “minutes meditated” or “meditation streaks” in a sort of “gamification” of the process. With this, there is a risk of prioritizing quantity over quality meditation. Simply put, people tuning into Headspace just to rack up their meditation scores rather than to keep their stress levels down couldn't be further from the point when it comes to meditation.

According to Puddicombe, there are 18 million Headspace subscribers, and many of them swear by the app as an accessible way to train the mind. But there could be another way to counteract the effect of mobile phones and tablets on our lives, and it almost seems too obvious to point it out.

What if another mobile app isn’t the answer? While Headspace may be well-intended, the moment a guided meditation session ends, the user has a smartphone in the palm of their hand. Considering how frequently we get notifications, the chances that they just lock it and put it away are very slim.

Meditation doesn’t need to be guided. It can be practiced alone, in silence. Those who don’t know how to do it need only read about it in a meditation or mindfulness book to get the basics. If it has to be a technological solution, newbies can read an online meditation blog, such as this one from “Burgs,” in-demand mindfulness guru and founder of The Art of Meditation. Blogs like these are full of practical and theoretical tips on meditation, which should be enough for a new starter.

A non-app meditation practice, along with simply putting down our phones could be the key to ending phone-related stress. It’s not just stress, either. Cutting out mobile phones before we sleep has been proven to increase sleep quality, which in turn can reduce our risk of dangerous diseases like Alzheimer’s.

For many, cutting out phone usage altogether will be too drastic, even scary. These people may well be better suited to meditation apps, which have their flaws, but are absolutely better than not doing anything at all. For others, perhaps it is time to turn off the phones and start checking our stress levels instead of checking our emails.

Read more about improving your mental health on TechCo