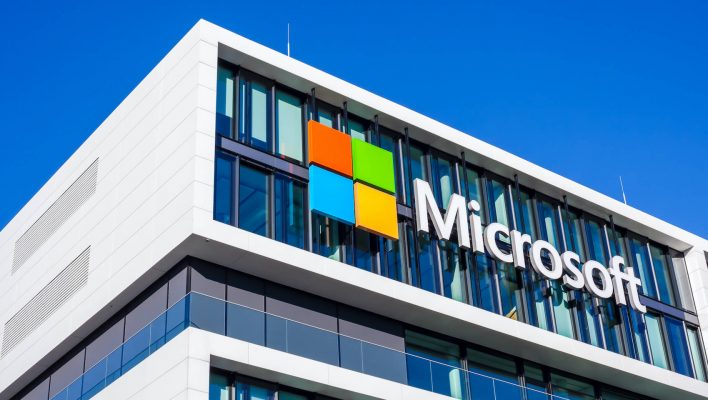 The tech industry appears to finally be getting on board with climate change, as Microsoft has announced a plan to go carbon negative by 2030. And, we have to admit, it's not a moment too soon.

With wildfires in Australia reaching unprecedented levels in recent months, concerns about climate change have reached new heights. Unfortunately, big tech — despite being an innovative, progressive industry — has been largely absent from the discussion, save from a few startup initiatives and meager donations.

This move from Microsoft, however, could turn the tide and spur more tech giants to take the climate crisis more seriously and make an effort to truly put the future of the planet first.

Microsoft announced today a plan to make the company carbon negative by 2030. This means that Microsoft intends to remove more carbon than it is emitting into the environment by that time. Additionally, Microsoft says that, by 2050, it will have removed all the carbon dioxide that the company has released since its founding in 1975. And to say that's an impressive feat would be a bit of an understatement.

“While the world will need to reach net zero, those of us who can afford to move faster and go further should do so,” said Brad Smith, president of Microsoft, in the announcement. “That’s why today we are announcing an ambitious goal and a new plan to reduce and ultimately remove Microsoft’s carbon footprint.”

Somehow, that's not all. Microsoft also announced that it would be investing $1 billion over the next four years in a new “climate innovation fund to accelerate the global development of carbon reduction, capture, and removal technologies,” which is a sizable investment, as long as you don't look at Bill Gates' net worth.

This kind of effort is Herculean even by Microsoft's impressive standards. The Seattle-based tech giant has been carbon neutral since 2012 and has even been internally charging business entities for carbon emissions, so its commitment to going green is more than apparent. But the significance of this move goes far beyond a single company.

“Reducing carbon is where the world needs to go, and we recognize that it’s what our customers and employees are asking us to pursue,” said Smith in the announcement. “This is a bold bet — a moonshot — for Microsoft. And it will need to become a moonshot for the world.”

It's not all sunshine and rainbows though. While going carbon negative is certainly a positive, it's worth noting that “carbon capture” technology is far from perfect.

Climate activists have pointed out that it does nothing to dissuade fossil fuel users from slowing down, and studies have shown that it's simply not as effective as replacing them with renewable energy. After all, when oil and gas companies are investing in the tech, it's safe to say there's likely an ulterior motive.

Green Pledges in the Tech Industry

Microsoft is admittedly one of the more social conscious tech giants, but that doesn't mean others won't follow suit. Amazon, Apple, and dozens of others have a substantial impact on the environment, and getting them to make a grander commitment could seriously turn the tide, particularly when you consider that, in 2017, a mere 100 companies were responsible for 70% of the planets' greenhouse emissions.

Getting them to do so might be tough though, because they haven't done much as of yet. Amazon, for example, has committed to be carbon neutral by 2040, at which point Microsoft will be halfway towards erasing their entire 40+ year carbon footprint. Apple and Google have done little more than commit to the Paris Climate Accords against the wishes of the current US administration, which is an absolute bare minimum as far as saving the planet is concerned.

The reality is that change isn't going to come easy in regards to solving the climate problem. Industries are going to have to make these huge investments if they want to actually make an impact. While Microsoft is setting a good example, a climate activist's work is truly never done, because we've taken this long to start taking it seriously. So, good job, Microsoft; now get to it.