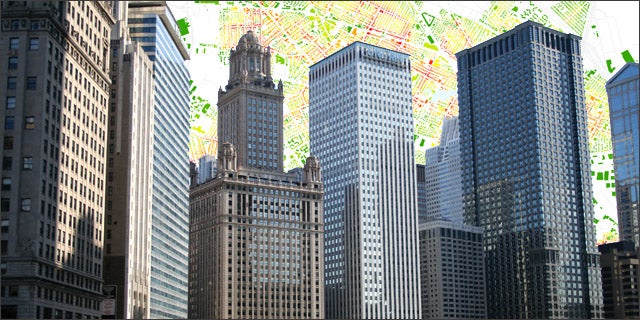 There are currently 3.3 billion people living in cities – and that number is only growing. In the next five years, the urban population is expected to increase well beyond half the world's total. Most of these urbanites are likely going to live in haphazardly-designed cities with a poor quality of life. But MIT's new urban planning software is looking to change that course, aiming to build smarter cities for the future.

Globally, 70% of today's urban growth occurs outside the formal planning process with the expertise to create a well-planned metropolis being seldom available thus far. The City Form Research Group at MIT has developed the only free tool available to help urban planners understand how the spatial patterns in cities affect the people who live there.

The launch of the Urban Network Analysis, an open-sourced software inspired by social networks and mathematical network analysis methods, is changing the way we look at urban environments. The tool measures traits such as reach, gravity, betweenness, closeness, and straightness.

“The Reach measure can be used to estimate how many destinations of a particular type – buildings, residents, jobs, transit stations, etc. – can be reached within a given walking radius from each building along the actual circulation routes in the area,” said Michael Mekonnen, a course six sophomore who worked on the project. “The Betweenness measure, on the other hand, can be used to quantify the number of potential passersby at each building.”

In a nutshell, the software can express practical features like the volume of traffic along sidewalks and streets or how many amenities and services are close by. Designers can also assign specific characteristics to individual buildings, as well as track urban growth analytics – valuable knowledge for city governments and policy makers.

All of this means that city planners can look at their cities and see, for instance, which neighborhoods are closer to jobs than others. In the color-coded map above, the red sections are job hotspots, while the green areas are the furthest away from them. With this data quickly and easily available, city planners might consider building transportation from green areas to red areas. The information makes it much easier to decide where to put new transit lines or bike lanes, and the software's street traffic predictions can be useful when making plans to build new commercial zones.

MIT hopes that the UNA toolbox will enable urban designers, planners, architects and geographers to better understand the dense urban jungle that comprises our modern cities. The software is available now as an open-source plug-in for the ArcGIS mapping program.

You can download the toolbox here. Also be sure to check out the demo video of how it all works below.