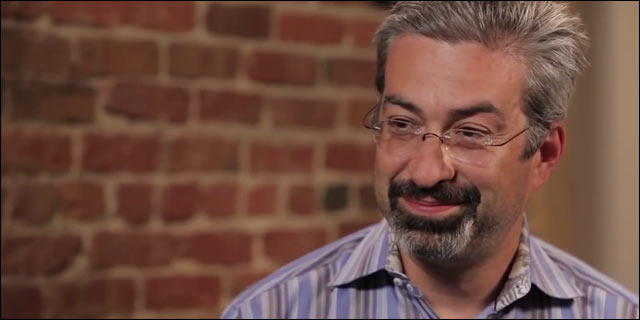 After MongoDB announced that Dev Ittycheria would be replacing Max Schireson as CEO, Schireson blogged about the reason why: so he could (truly) spend more time with his family.

Although work-life balance isn’t something that dads are asked about, it’s something he struggles with. Schireson has three kids, ages 9, 12, and 14, and he has been commuting from Palo Alto to New York every few weeks.

“I was not with my kids when our puppy was hit by a car or when my son had (minor and successful, and of course unexpected) emergency surgery,” he wrote. “A few months ago, I decided the only way to balance was by stepping back from my job.”

“I recognize that by writing this I may be disqualifying myself from some future CEO role. Will that cost me tens of millions of dollars someday? Maybe. Life is about choices. Right now, I choose to spend more time with my family and am confident that I can continue to have an meaningful and rewarding work life while doing so. At first, it seemed like a hard choice, but the more I have sat with the choice the more certain I am that it is the right choice.”

Ittycheria starts as CEO on September 3, and Schireson will stay on full-time as vice chairman.

Schireson's post is called “Why I am leaving the best job I ever had,” but – as our VP of community and new dad Justin Thorp pointed out – perhaps he's wrong. He's leaving the second-best job he ever had, to focus more on his real best job: fatherhood.