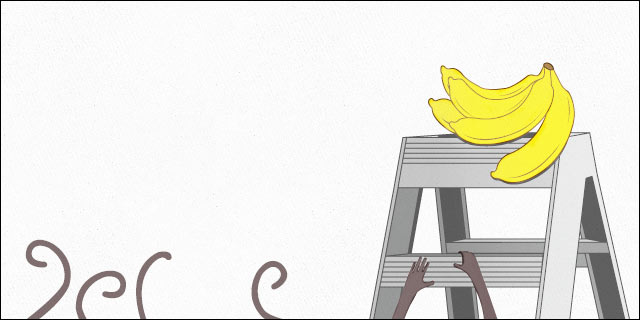 A meme called “The Experiment” has been going around Facebook lately that nicely illustrates the danger of the status quo.

It’s the story of a scientific experiment where a group of monkeys learned not to climb up a ladder (for fear of the group getting punished), and started to beat any monkey who went to climb up the ladder. Eventually, new monkeys were substituted in, and although none of them had ever seen or received the punishment, they would all beat any monkey who started to climb the ladder.

The story claims to be based on experiments by Harry Harlow, but I won’t pretend to know whether it’s truth or fiction. I do know it’s been widely read and commented – with over 60,000 shares on Facebook – because it speaks to some fundamental truth about human society.

Do you have any traditions at your office that are done just because…no one knows why? Maybe it’s some bookkeeping you think you have to do, a social media policy that goes unquestioned, or even the way you reply to emails. Do you personally have assumptions about how work is done, maybe acquired from previous corporate jobs, that you can’t seem to shake? Maybe it’s the time you start work, or the number of hours that make up a “full” day in your mind.

The experiment has even broader applications to the way we live our lives. Trudy Beerman, host at Debt Free Wealth Radio, believes it's symbolic of traditional corporate life, where anyone who thinks about becoming an entrepreneur is shunned and discouraged. “There is a better way, but those around us have been CONDITIONED to maintain the status quo,” she comments.

What status quo will you question today?