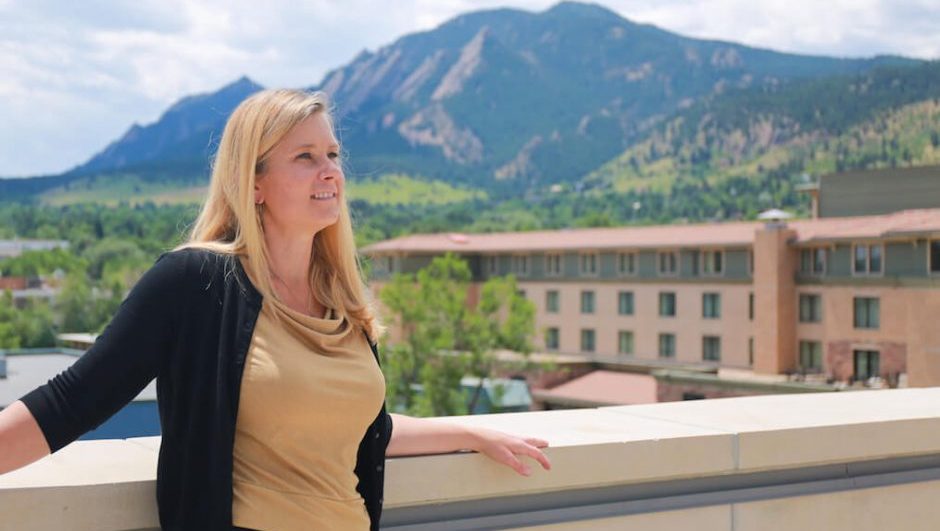 Erica Epperson’s life was finally starting to slow down. For the past decade or so, after going through a divorce, Epperson had shifted her focus to her three young children and her elderly mother. They traveled constantly, often embarking on road trips that were part vacation, part homeschool on wheels. Epperson would ask everyone where they wanted to go and they’d all just pick a place and then figure out how to get there—everywhere from Hawaii to remote mountain towns in the Colorado Rockies.

“We had that freedom and adventurous spirits, so we could do whatever we wanted,” Epperson says. “It was a fun time.”

Around 2014, Epperson’s kids had grown a little older and more independent. What’s more, the family had settled in Carbondale, a sleepy mountain town in the central Colorado Rockies. This slower pace of life allowed Epperson the space to begin thinking about getting back into her career, which she’d set aside years ago. It was an exciting possibility, but also an intimidating one—a lot had changed in the field of web development since Epperson had been involved in it 13 years earlier.

Epperson grew up in Santa Cruz, California. From an early age, she had an artistic sensibility. She eventually found her way to starting a business hand-painting decorative signs. This was in the early  ’90s, just as computers and the internet were starting to become a thing. As far as painting signs goes, all of a sudden everyone had access to Microsoft Paint and point-and-click block letters and thought they were an expert. Epperson started fiddling with the technology herself.

“It was this funny keyboard that we’d just type out simple commands to print out letters, that was my start,” she says. “I was like ‘Wow, I think I want to do the same thing but on websites.’”

Epperson enrolled in a web development certificate program at her local community college. Shortly thereafter, she landed an internship as a developer with the County of Santa Cruz. The public sector being the public sector, Epperson felt like things didn’t evolve all that fast at the county. Nevertheless, she stayed there for three years and says she learned a lot at that job.

“But that’s when I decided to go travel and I had another child,” Epperson says. “I had some personal issues—I got really sick—and so life just sort of took this turn and that’s where I sort of broke off [with web development].”

Thirteen years later, finally with enough time to do so in Carbondale, Epperson started thinking about snapping her professional life back into place. Specifically, she wanted to return to web development. Epperson knew she needed to learn the modern coding languages, but wasn’t sure the best way to go about it.

“I didn’t know how to re-enter the workforce or how to train,” says Epperson

She'd been paying the bills with restaurant shifts and the occasional freelance design gig. Turned out, Epperson had a friend who’d recently learned to code at a so-called bootcamp. Epperson had never heard of coding schools, but thought the relatively short timeframe sounded like a good fit.

Like most research endeavors these days, Epperson started with Google. In the evenings after work, she’d pull up websites for different coding schools and try to imagine herself being successful in that particular space. When it came time to imagine herself at Galvanize, she says she immediately felt comfortable.

“The stories they were telling and the faces they were showing just made me feel like I could imagine myself being accepted and successful and supported,” Epperson says. “It just caused me to believe that my story was OK.”

Still, even though Epperson could see herself succeeding in her mind’s eye, it didn’t make the ensuing transition all that much easier. She kept putting off the final decision of whether to apply.

She decided to work in stages. Step one was saving money, after that, she identified the Galvanize location that would work best for her (Boulder) and looked into where she and her kids and her mother—who suffers from dementia—might be able to live. Finally, she applied.

“The longer I waited the more intimidated I felt,” Epperson says, “and I kind of just got to a breaking point where I was like, “It’s now or never—and it’s never going to get any easier.”

Epperson says the moment she finally sent in the application—finally leapt back into an industry that had changed so quickly and committed to herself and reigniting her career—felt seismic in the best way.

“I still had that fear of commitment,” she says. “It was like someone just pushed me.”

It took Epperson two years from when she first thought about getting back into web development to the day she and her family moved from Carbondale to Boulder so she could join the g44 cohort. She found someone to help her take care of her mother and her kids have settled into life in Boulder, which at first felt like a big city compared to Carbondale. What’s more, Epperson has been pleased to learn that the Galvanize program has, in fact, turned out to be the place she imagined when she first visited the website.

“I’m really impressed with the architecture of the program,” she says. “There’s a lot of support. I feel like our teachers know us and our trajectory more than we know ourselves.”

She’s already looking forward to her job search and getting back into the field, to completing her journey.

“It was really profound for me,” Epperson says, “because it was a really big leap, and I took the leap, like, alone, looking at my computer.”