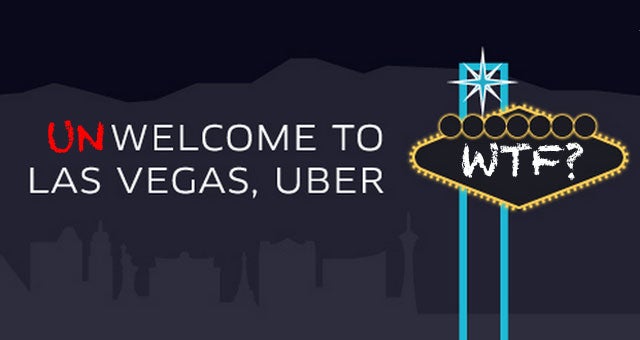 Yesterday was the long-anticipated launch of Uber in Las Vegas to offer UberX rides for customers through an army of contractor drivers. According to a report in the Las Vegas Review-Journal, just a few hours after the Las Vegas launch, Carson City District Judge James Russell blocked Uber from offering any rides in the state. This ban is set to last through at least November 7th, as the hearing has been set for November 6th. Uniformed Taxicab Authority officers have been running sting operations to catch UberX drivers, impound their cars, and issue tickets for $10,000. Some of the reported victims of these apprehensions said officers used “unmarked cars” and “wore black ski masks.” It hasn't stopped Uber from operating, and these fines will likely be covered by Uber for now, according to Uber western region spokeswoman Eva Behrend.

This is not uncharted territory for Uber as they have encountered similar governmental pushback in other cities and have prevailed. So it's likely just a matter of time before this hiccup gets smoothed out. I just wish the government would not waste its energy, mindshare, and resources focusing on stopping Uber when there are lots of other things the state and could be focused on – like improving the education system or determining the best way to handle the water crisis among many others.