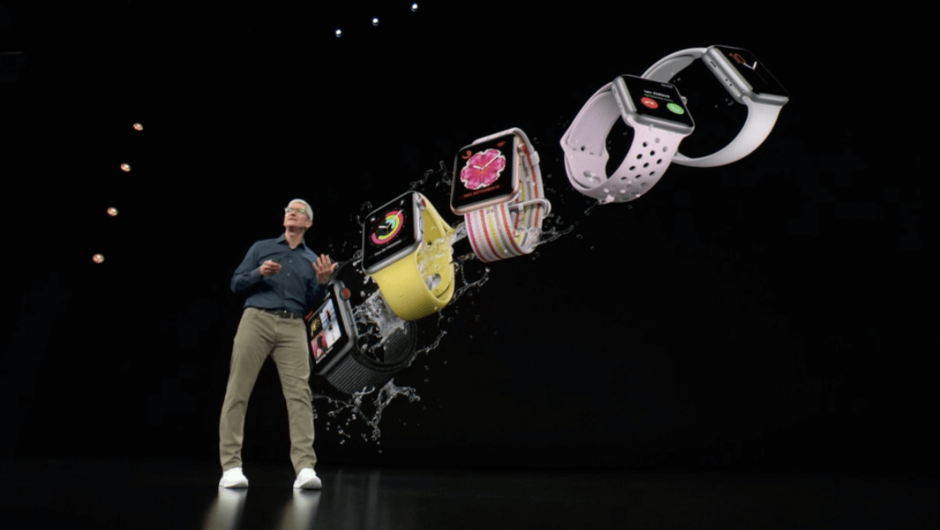 As the dust clears on Apple's special event, it's safe to say there's more than enough to unpack when it comes to new gadgets and software updates. And in addition to a new iPhone and a new Macbook, the Apple Watch Series 4 is proving to be a serious upgrade to previous Watch models.

Apple events have become a spectacle all their own. Forget a simple press release, these occasions seemingly come with the excitement Woodstock. Has the hype been justified this time around?

Aside from its headline-grabbing new iPhone XS, larger XS Max and cheaper iPhone XR, Apple has unveiled a new Apple Watch Series 4. We run through the key specs, boasts and killer features below.

This beautiful wearable has turned heads for a while now, and this year's update promises to make a big impact. You'll be able to find a wide range of brand new features that will make even the staunchest of Apple Watch critics become dizzy with anticipation. These features include:

The new Apple Watch aims to improve the lives of its users in three major ways: keeping them Connected, inspiring them to be Active, and making sure they stay Healthy. By these measures, the Series 4 made significant improvements in all three of these categories. 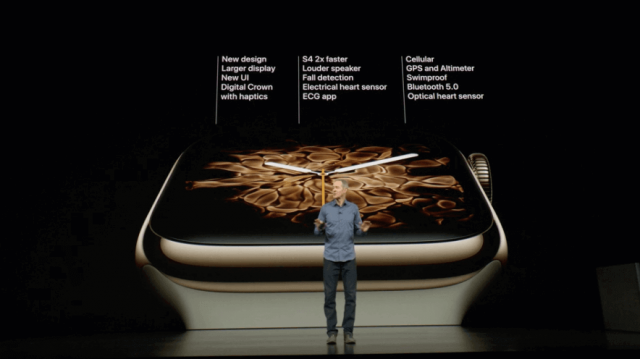 Simply put, the new Apple Watch Series 4 is designed for users to actually communicate with their friends and family. For one, the device is designed to work without a smartphone nearby, so you can make calls on the go. Plus, with a black ceramic and sapphire crystal back, the Series 4 enjoys improved cell reception across the board. You can even customize your watch face as a connectivity hub for your loved ones.

Connecting with friends and family is even easier now, thanks to a 50 percent louder speaker than the Series 3. Because there's nothing worse than making a call on your smartwatch and not being able to hear a darn thing.

The digital crown, which has been dramatically improved, also provides haptic feedback, so finding that particular email you need to respond to won't take too long. 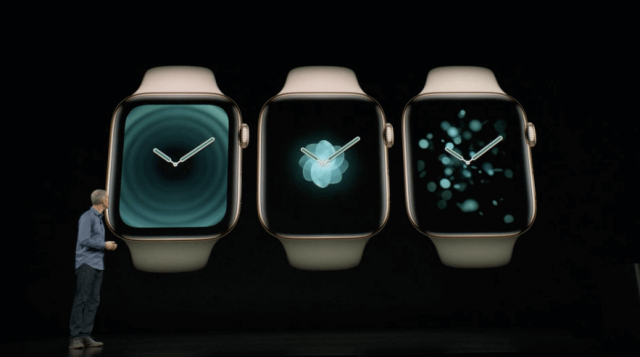 As a wearable, the new Apple Watch Series 4 aimed to improve on the many fitness features already housed within the technology. While there were a few notable additions, they didn't seem to add much in terms of making users active. They did have built-in wellness apps, like the watch-optimized “Take a Breath” app (pictured here), but other than that, a bit unimpressive as far as fitness goes.

However, one interesting addition to the Series 4 is the improved gyroscope, which has the ability to detect falls.

Now, that may not seem like a big deal, but as that's one of the leading causes of injury in the world, this is a big get for Apple. They've added in emergency features that allow you to call for help if you fall. And, if you're inactive for one minute after a fall, they'll alert authorities and loved ones to your potential situation.

The health category is where Apple really stepped things up this year. Thanks to some very high-tech improvements to the back of the Apple Watch Series 4 as well as the digital crown, the device can detect a number of heart issues before they become a problem.

For one, the advanced tech can detect when the user's heart rate is too low, which is typically a good thing, but can be a sign of a serious health problem. The Series 4 can also detect atrial fibrillation by screening your heart rate in the background of its usual functions.

The most impressive health feature, however, is the ability to take an electrocardiogram (ECG) any time, anywhere. This test can help you fully understand what your heart is doing and will point out any serious heart problems for its users. You'll be able to show your doctor the results, as the test connects to the health app, which is easily sharable.

Plus, the Apple Watch Series 4 has been cleared by the Food and Drug Administration (FDA), so you can legally use it as a health device.

There are a lot of questions when it comes to the new Apple Watch, and we're going to try to answer as many as possible.

When is the Apple Watch Series 4 Available? 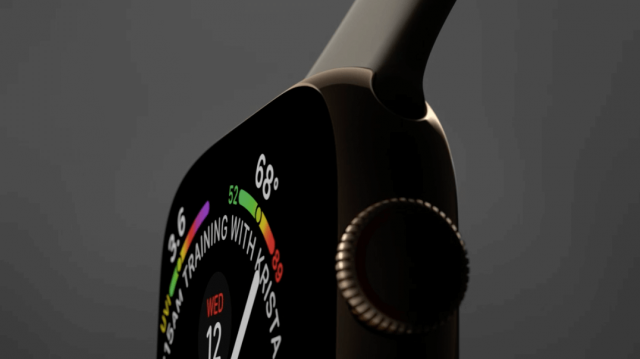 The updated operating system, Watch OS5, will be released on Monday, September 17th.

How much will the Apple Watch Series 4 cost?

Apple announced that the GPS version of the Apple Watch Series 4 would come in at $399 while it'll be $499 for the LTE models.

What's the Battery Life of the Apple Watch Series 4?

Despite all the added features and advanced software, the Apple Watch Series 4 will still enjoy 18 hours of battery life, with 6 hours of workout time.

Is the Apple Watch Series 4 Waterproof?

Not entirely, but it's pretty close. The Apple Watch Series 4 is what the tech company refers to as “swimproof,” meaning it can be in the water for a while, but don't leave it underwater for too long.

What does the Apple Watch Series 4 track?

The Apple Watch Series 4 tracks just about everything, from steps to heart rate. Additionally, the added tech in the back of the Series 4 allows users to take an accurate electrocardiogram (ECG) that you can show your doctor via the health app.

How big is the Apple Watch Apple Series 4 display?

The display for the Apple Watch Series 4 is more than 30 percent larger than the Series 3, stretching nearly completely to the edges of the device. The updated operating system, Watch OS5, has utilized the added space with new features.

What else has changed with the Apple Watch Series 4?

A lot! Between the new IU, the bigger display, the added health features, the improved cellular reception, and the louder speaker, it's hard to keep track of all the changes!

Should You Get the New Apple Watch Series 4?

If you're a bit of a health nut, the new Apple Watch Series 4 certainly steps up the game. Between the added fitness features, the improved heart rate monitor, and the ECG, this device has particularly taken health and fitness to a new level.

Plus, with the upgraded gyroscope, the Series 4 brings new meaning to the phrase “peace of mind” as far as slips and falls are concerned, particularly for older users.

From a connectivity standpoint, the Apple Watch Series 4 is also a serious upgrade. It'll be the first device you can use without your phone nearby. Yes, it'll cost you a bit extra, but it'll certainly make going on a run with your contacts, music, and fitness tracker a bit easier.

Overall, this is a pretty serious upgrade to the Apple Watch. While the price is a bit higher, this device is certainly worth the bump in cost, especially if you're looking to get more connected and more active before winter comes around.

How does the Apple Watch Series 4 compare to the best wearables on sale now?