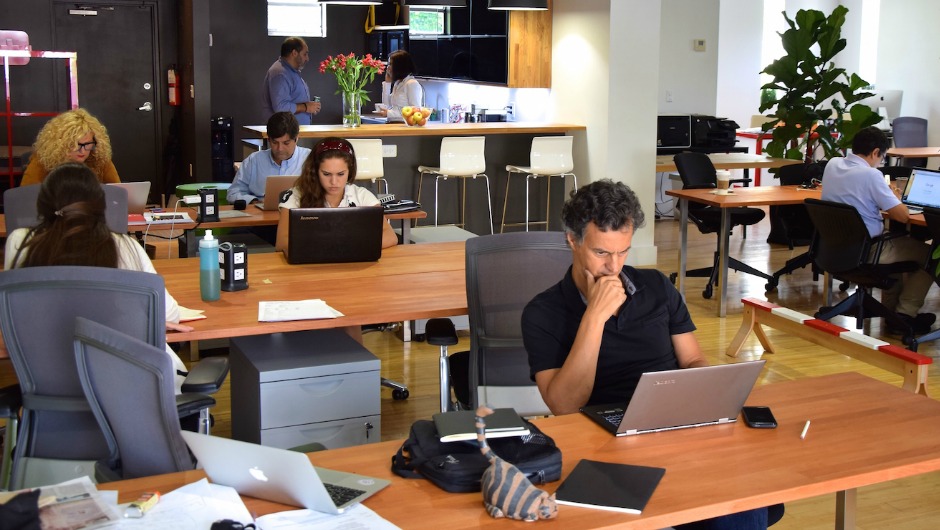 Starting a business comes at great costs, and overhead or facilities can be one of the most expensive line items. Even if your startup is based out of your home or a coffee shop, eventually you’ll need a dedicated place to get work done. Coworking spaces are a common stepping stone for startups to build that foundation, and for South Miami a new option recently opened their doors. TamboWorks was launched out of a need from their partners, a need for an office environment that didn’t require them to head downtown and also to support the local community.

Coworking spaces are not new, in fact WeWork is now valued for billions, but mom and pop shops are more focused on the local community. For two of the partners at TamboWorks, Adolfo Taylhardat and María Alejandra Márquez, it was about making collaboration more accessible to those who lived in South Miami.

“We were all working from home, and all are South Miami residents. We said ‘let’s work in a co-working space’, but it’s not convenient for us to get to South Beach or downtown or something near by that wasn’t really a coworking space,” said Taylhardat. “We need a place to work, like co-working and under those terms, and that’s how the idea was born.”

Mirroring Taylhardat’s view on what motivated them to launch TamboWorks, Márquez highlighted what brought them together. “We all had different careers and come from abroad. Our respective businesses are involved in the community. Co-working allows us to continue developing that interest. Not just a business or startup, but all that is behind coworking and collaboration.”

More importantly, TamboWorks wants to work with the local community and make it easier for them to collaborate with one another. They want to extend the ecosystem that is primarily concentrated in the downtown Miami area, which has yet to really reach them. “We wanted to get involved, be part of the local initiatives. They (entrepreneurs) need to be connected. We want to nurture the startup system in Miami,” said Taylhardat. Therein lies how they differentiate themselves from the other local spaces.

Currently their first location is a proof of concept. It’s a small to mid-sized location with about 2600 feet of space consisting of offices, desk space, lounge areas, and meeting spaces. In total, the location can house about 30-35 members, but they will also be adding support for virtual offices as well. They are also priced to match that of other hot desk and dedicated desk coworking space offerings in the area. They also have the usual perks such as coffee, wifi, and printing. Due to their location, their startups also have more seasoned or experienced companies joining as members, who are in an older demographic.

“We’re not trying to reinvent the wheel again, but one of the differentiators is bringing what’s downtown to here,” said Márquez. “There are a lot of people here. Here is where people actually live. They don’t get access to that because it’s far.”

Like other coworking spaces, having events in their space makes it easier for the local community to come together. In the month they launched they’ve already partnered with CollabMiami Meetup and an organization focused on improving local commuting options. They also have meetings with their members every two weeks to help foster a better sense of collaboration outside of their own startups, with public invitations coming next month.

“We’re supporting the ecosystem and everything that is going on in Miami. People always ask ‘how do I know what’s going on? How do I stay in touch?’ Everyone is cross promoting each other, supporting coworkers and the community. People are helping each other a lot, said Márquez.