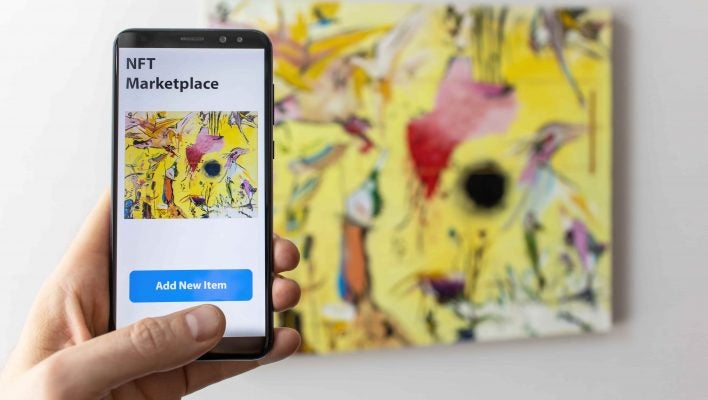 An NFT that was supposed to be sold for roughly $300,000 was accidentally put up for just $3,000, thanks to a typo made by the NFT’s previous owner.

The culprit of the “fat finger error” — when someone unintentionally lists or buys an item on the internet for the wrong amount via a simple typo — was unable to unlist his item before it was snatched up.

NFTs are stored on a blockchain, a decentralized, digital public ledger that exists across a network, initially used to maintain cryptocurrencies, which make fixing these kinds of mistakes that much more difficult.

Who made the fatal mistake and how?

The user who made the awful error was called Max, a self-described marketing agency owner, and NFT investor.

He should have listed the NFT — which was originally generated by the Boring Ape Yacht Club — for 75 Ethereum (roughly $300,000 in cryptocurrency) but instead put it up for auction at 0.75 Ethereum (around $3,000). Unfortunately for Max, the digital item was snapped up by a bot before he could correct his mistake.

“I list a lot of items every day and just wasn’t paying attention properly,” Max told CNET.  “I instantly saw the error as my finger clicked the mouse but a bot sent a transaction with over 8 Eth ($34,000) of gas fees so it was instantly sniped before I could click cancel, and just like that, $250,000 was gone.”

“It's going to happen. But, letting it occupy your mind for even one second after you can no longer affect the outcome is purely hurting yourself twice.” – @Maxnaut.eth

Fat finger errors are more common than you may think and aren’t restricted to just the crypto/NFT world. Having said that, a very similar thing happened recently with a CryptoPunk NFT that was supposed to be listed for $19 million was sold for just $19,000.

They’re also an unusually common occurrence in the financial industry. Citigroup, for example, went to court in 2020 after accidentally transferring $900m in an “operational error.” It only received some of the money back.

Deutsche Bank suffered a similar shock in 2015 when a junior member of the bank’s forex sales team accidentally transferred a hedge fund $6 billion, but luckily for the fledgling member of staff, the hedge fund was kind enough to send it back.

What is the Bored Ape Yacht Club?

The Bored Ape Yacht Club is an online social club and collection of 10,000 NFTs created by Yuga Labs. The NFTs live on the Ethereum Blockchain and can be used as Avatars.

Launched on April 30th, 2021, all 10,000 Boring Ape NFTs stored on the Blockchain had sold out within a single day. They are now sold for inflated prices on other sites. A second collection — comprising of “mutant apes” — was released in August, fetching roughly $96 million.

At the time of writing, NFT data-tracking and ranking website Cryptoslam estimates that around $857 million has been generated by Bored Ape NFTs and their variants.

The Club boasts an impressive list of celebrities amongst its membership, with TV chat show host Jimmy Fallon, musician and producer Post Malone, and basketball star Steph Curry just three names amongst a cohort of famous names who own a Bored Ape NFT.

NFT stands for “Non-Fungible Token.” Non-fungible essentially means it cannot be traded in for something else, in the same way a $50 dollar note could be traded for two $20 dollar and one $10 dollar note.

NFTs are sometimes compared to art pieces like paintings (because there will only ever be one original) but they’re also regularly compared to autograph prints, collectibles, and trading cards. Whichever traditional, real-world analog is closest, they are effectively digital certificates of ownership.

NFTs can contain smart contracts — which run on the Ethereum blockchain — which could, in theory, give the original creator of an NFT a percentage of all future sales of the token.

Why are they so expensive? Scarcity, first of all, but the marketplace in general — and the subsequent price of NFTs — is driven by the momentum and sentiment floating around this young, exciting new asset.

Who knows how expensive NFTs will get — or, conversely, when the bubble will burst.