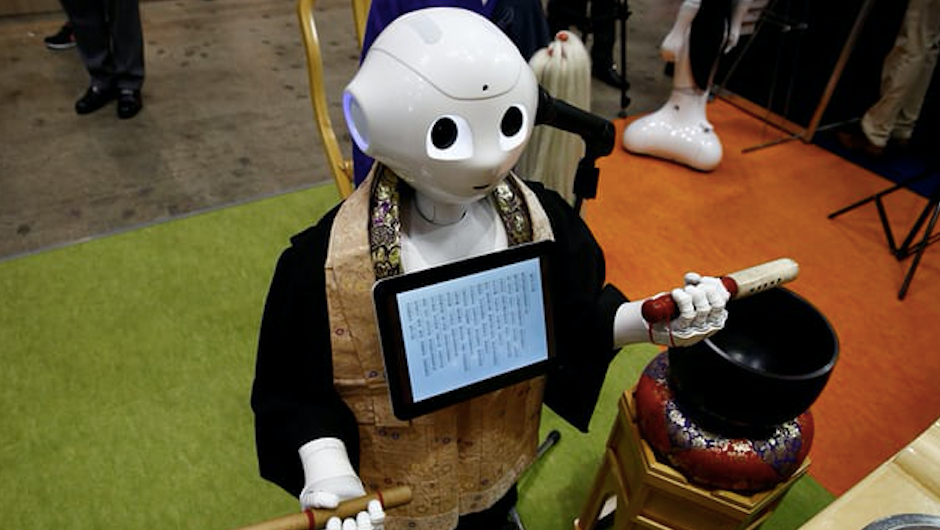 Artificial intelligence has inspired a wide range of initiatives, programs, and emotions. From self-driving cars and machine learning to the unrelenting fear that robots are going to take over the world, the controversial technology has spurred more than its fair share of debates in the tech community and beyond. Even great minds like Elon Musk and Mark Zuckerberg have butted heads over the issue, further cementing the lack of consensus on what the future holds for artificial intelligence. And, to make matters even more complicated, there is now a religion dedicated to AI.

Anthony Levandowski, a self-driving car engineer and cofounder of Uber's autonomous trucking company Otto, is the messenger of this religion, which he has so confidently named Way of the Future. While your imagination is likely running wild on the purposes for such a religion, documents filed with the IRS show that it's primary focus will be “the realization, acceptance, and worship of a Godhead based on Artificial Intelligence (AI) developed through computer hardware and software.”

“What is going to be created will effectively be a god,” said Levandowski in an interview with Wired. “It’s not a god in the sense that it makes lightning or causes hurricanes. But if there is something a billion times smarter than the smartest human, what else are you going to call it?”

In a world full of guerrilla marketing tactics and innovative PR schemes, it's easy to be skeptical about the seriousness of this religion, particularly with Levandowski about to embark on what could be the trial of the year between Uber and Waymo, Google's competing self-driving car company. However, with Levandowski foregoing a salary, it would appear he really just wants to get the word out about the intrinsic value of artificial intelligence, a dire necessity in the speedily evolving world of today.

“The idea needs to spread before the technology,” said Levandowski. “The church is how we spread the word, the gospel. If you believe, start a conversation with someone else and help them understand the same things.”

With fear of artificial intelligence becoming more common in laymen than the propensity to breathe air, religion might be the only way to adequately prepare the world for the inevitability of this futuristic reality. And now is the time to do it, before the technology evolves beyond our understanding. And, if you trust Levandowski, it will.

“If you ask people whether a computer can be smarter than a human, 99.9 percent will say that’s science fiction,” said Levandowski. “Actually, it’s inevitable. It’s guaranteed to happen.”

As someone that read the original Wired interview with enough snark and skepticism to power a small city, I must now say this doesn't sound like such a terrible idea. After all, I'm a Millennial living in a major city, and I know more people afraid of artificial intelligence than eat avocado toast, and I know a lot of people that eat avocado toast. People are most often afraid when they don't understand something. And having a resource of information, even in the form of a religion, could do wonders for a technology boasting worse PR than Kid Rock's campaign manager.