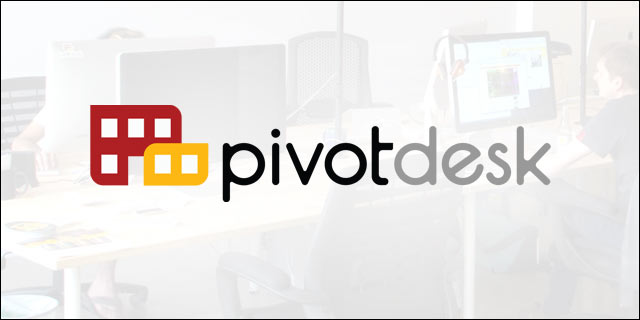 A few short weeks ago, Boulder-based startup PivotDesk announced its latest $3.8 million round of funding to be used in expanding their services to 23 new cities. The Techstars graduate is a B2B online marketplace for office sharing, where (similar to what Airbnb does for lodging) companies with extra office space can rent out desks to entrepreneurs, remote workers, and other small startup teams who don’t want to deal with heavy, long-term leases as they themselves are growing more quickly than ever. Backed by the Foundry Group, Bullet Time Ventures, Draper Associates, and now South Carolina-based The Iron Yard as well, PivotDesk is revolutionizing the sharing economy at work as others have done with dining (think Feastly), travel (think Uber), and errand-running (think Taskrabbit).

This is great news if you live in any of the new cities PivotDesk is expanding to (Atlanta; Austin, Texas; Boise, Idaho; Charlotte, N.C.; Chicago; Cleveland; Dallas; Detroit; Houston; Kansas City; Las Vegas; Los Angeles; Louisville, Ken.; Miami; Minneapolis; Omaha, Neb.; Phoenix; Pittsburgh; San Antonio; San Diego; Seattle; St. Louis; and Washington D.C.). Now, businesses or landlords with extra office space can make extra money on space that would otherwise go underutilized while providing more flexibility to fellow businesses that don’t want to lock into a long-term lease. Although probably not fully intended, while getting paid for their extra space, businesses (at least in my opinion) can also benefit tremendously from bringing fresh entrepreneurial spirit into their building, which may result in strategic partnerships for the two businesses and/or a heightened sense of “hustle” as more go-getters are able to occupy what would have previously been vacant office space.

Right now, PivotDesk comprises of about 20 employees, mostly in Boulder, where the team is executing their new nationwide expansion into most major startup communities. The extra funds are going to marketing in these new cities as well as unidentified new business development initiatives that CEO David Mandell has yet to announce.

One thing’s for sure, and it is that PivotDesk is poised to change the way we work, and the way businesses collaborate, one desk at a time. Check them out here as they come to a city near you!

Jared Kleinert is the Co-Author of 2 Billion Under 20 (Forthcoming from St. Martin's Press, 2015), an eye-opening book about how Millennials are redefining success, breaking down barriers, and changing the world, as well as the co-founder of the larger group, movement, and company behind the book. He also blogs around the web, speaks, consults, and hustles (occasionally eating and sleeping too!). Find him at jaredkleinert.com or @jaredkleinert.