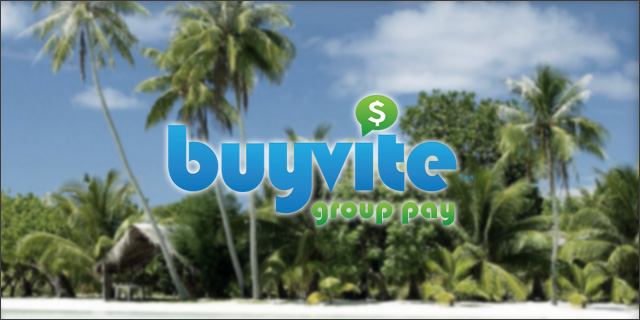 If your new startup is trying to rise above the noise and get noticed – and looking for funding – you might want to move headquarters to Ohio and/or hire a female CEO.

Brandy Wimberly, Founder and CEO of Toledo, OH-based Buyvite, a group-buying platform, told me that it seems there’s a lot more money than startups, partly because Ohio is just so off the radar.

“After spending time in San Francisco, it’s been interesting getting a startup going in the Rust Belt.  There’s not a lot going on here in terms of tech startups, so people have been very interested in Buyvite and really supportive.  Being a female CEO has gotten us attention, too, though I’ve found that sometimes it opens doors and sometimes I have to prove myself.”

The idea for Buyvite came from the difficulties inherent in getting reimbursed from friends and family when you buy a bunch of concert tickets or rent a house at the beach for a week.  Wimberly’s friends would pay her back for concert tickets with cash sometimes – and sometimes with drinks.  She knew there had to be a better way.  “So, our goals is to make group buying simple.  There are systems that let you move money from your account to your friends – and we are streamlining that.”

Buyvite closed on a round of seed funding in alliance with Rocket Ventures in Toledo, and they are looking to close an angel round of $500k in the next 6 weeks, which they will use towards partnership integration. Wimberly’s COO is actually from Rocket Ventures, and he’s been working with Wimberly on strategy and pitching VCs and angels.

Buyvite is not live yet.  They are working on partnership integration in ticketing, retail (think wedding gifts), and the lodging side of travel.  Companies in these spaces will integrate their systems with the Buyvite cart.  Once Buyvite has enough partners, they will go live on the consumer-facing side.

Another reason to move your startup to Ohio: talent is easier to find.  It took a year to build the Buyvite software, which was accomplished by a team of local developers that work for a for-profit entity within the University of Toledo.  “They are a world-class group of developers,” Wimberly said.  “I am so lucky to have access to them when I need them, though I will be looking for a CTO and an in-house tech team down the road.“

So…anyone ready to ditch Silicon Valley for Ohio yet?