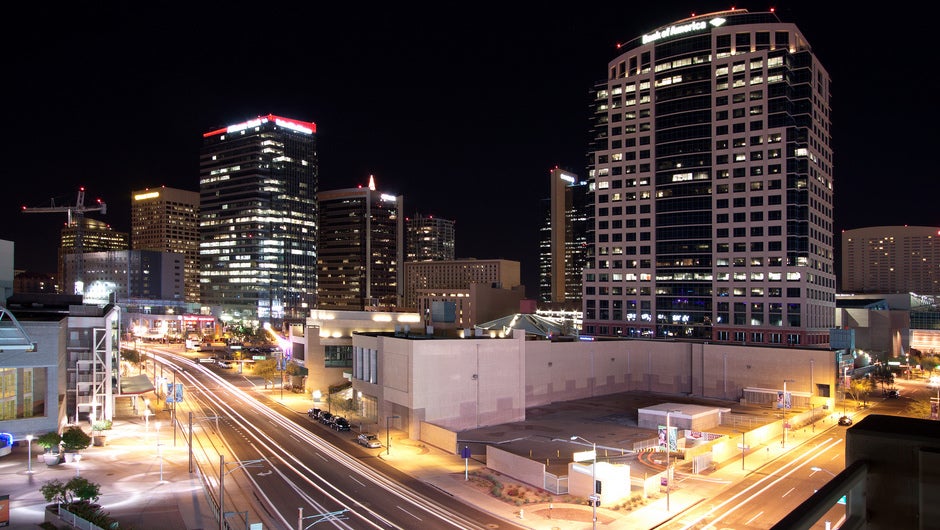 Everyone knows that San Francisco has boasted the most startup exits, launches, pivots, and success stories of any city in the world. Their stance as the biggest tech hub is never contested or even argued in any circle of knowledgable individuals. But the race for second place is a lot more heated than one might think. And while cities like Chicago, Boston, Austin, Los Angeles, and DC continue to make strides, one dark horse has been slowly churning out quality and quantity without anyone realizing.

Phoenix, Arizona is not messing around when it comes to their tech ecosystem. The numbers are undeniable and the weather isn't too bad either. If you're wondering why this desert city is able to compete with the big dogs when it comes to tech, it should be fairly obvious.

“The Greater Phoenix market is not only attracting leading tech companies from the bay area, but is home to a new generation of tech with Arizona-based companies,” said Chris Camacho, president & CEO of the Greater Phoenix Economic Council to Tech.Co. “There is a strong entrepreneurial ecosystem in the region, and companies are able to access in-demand talent, thanks to the numerous area community colleges and universities.”

Everyone knows that without growth, an ecosystem isn't going anywhere.  Phoenix is working hard to set itself apart from the pack, as it has been growing substantially for the last few years. For more exact numbers, the tech sector in Phoenix has grown by 80 percent in the last six years. Not too shabby for a city just a stones throw away from California.

The best indicator of future growth is education, and Phoenix has it in spades. Arizona State University was just named the most innovative school in America for the second year in a row. And with a wide range of esteemed universities (and even community college opportunities), Phoenix is rapidly becoming a hub for top tech talent with a continuous pipeline of tech company expansion.

A tech ecosystem is nothing without qualified and interested employees. Fortunately for Phoenix, their school system and attractive city have made it easy for companies to persuade genius individuals to set up shop in Arizona.

The local market saw nearly 9,000 tech-related graduates in 2014, and from 2010 to 2014 saw a 51.7 percent increase in tech-related degrees completed. Over the next 10 years, Arizona is projected to be second in computer science and IT jobs and fourth for overall STEM jobs, according to Change the Equation, a non-partisan group that seeks to improve STEM in the US.

Yes, San Francisco and New York are prime locations for tech companies to start up. But it's no secret that these are two of the most expensive places to live in the entire world. And just like a hip neighborhood about to be developed, Phoenix is ripe for the picking when it comes to cost-effective startups.

As data has shown, relocating from Silicon Valley to Phoenix could save companies up to 42 percent in annual costs per employee and 76 percent in total lease costs. The Phoenix metro area was also cited as a cheaper alternative to most larger cities, and has a wage-to-rent ratio of less than 13 percent, making it the fifth most affordable tech talent market for employees.