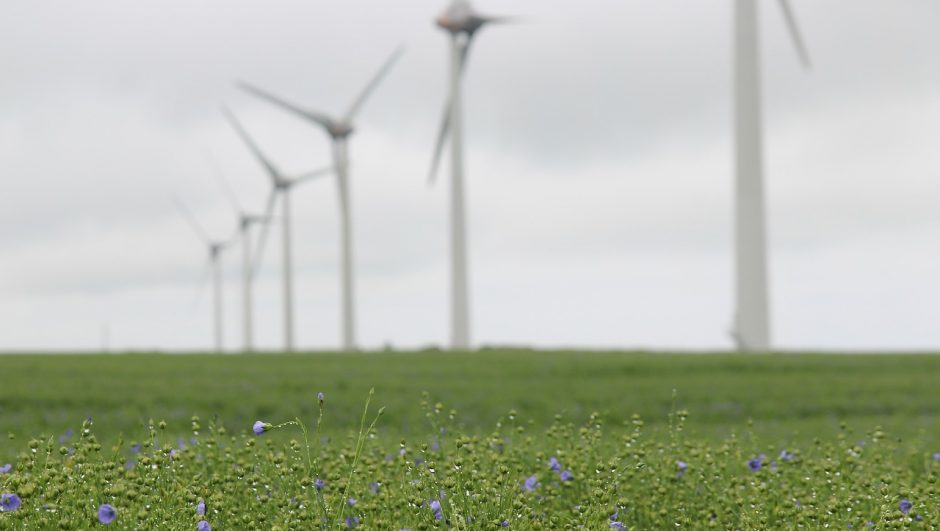 Ben Polito and Joshua Kaufman, friends from their days studying engineering at the Massachusetts Institute of Technology, founded Pika Energy in 2010 in a basement in Gorham with a goal to make backyard, residential-scale wind turbines more affordable and accessible.

Seven years later, the company, now in its own facility in Westbrook, Maine has widened its scope. While residential wind turbines are still a major part of Pika’s business, the cofounders eventually realized the underlying platform technology they had developed to make backyard turbines more accessible could also be applied to more efficiently manage power grids and incorporate renewable energy sources.

Last September, Pika announced it had won a $875,000 grant from the U.S. Department of Energy to develop their technology. 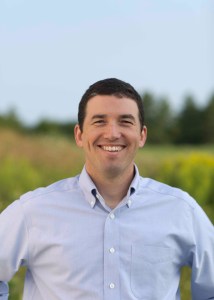 In this Founder Forum interview, I spoke with Ben about the company, his entrepreneurial upbringing on a Maine island, and his philosophy for raising money. This interview has been edited for clarity and length.

I grew up on a farm on an island on the coast of Maine, in a pretty remote spot—in fact we were off the grid until I was seven years old, which is probably why I’ve always been so interested in energy! But growing up like that I picked up a lot of practical skills, like welding and electronics. The coast of Maine also has a lot of pottery shops, and sometimes they need unusual equipment, so I ended up doing some custom metalworking between high school and college, getting the work by word-of-mouth.

And almost immediately after I graduated from engineering school I started working for startups, but I wasn’t initially that interested in the business side, I was looking for cool engineering problems. I wasn’t champing at the bit to start a business for its own sake. Now that there are reality shows and podcasts and sitcoms about startups, I’ve talked to a few folks who were excited to found a startup without actually having an idea yet, but that whole concept is pretty foreign to me. I think anybody who gets into this as an abstract concept or for the glamour of it is in for a rude awakening.

I was at MIT in the late 90s, where I worked briefly on a Media Lab project to make ‘electronic ink’, and my roommates a year ahead became cofounders of a company that spun out of it (the technology became the low-power display technology in the Amazon Kindle), so I was involved in a lot of startup conversations. After graduating I steered pretty quickly toward energy technology but stayed in the startup sphere, so by that time we started Pika I had been working for tech startups for over ten years. I had talked to investors doing diligence on various companies, I had presented engineering results at board meetings, I had worked on proposals and projects funded by the U.S. Department of Energy, etc. so I at least felt that I knew the landscape. But I don’t think anything prepares a person for the total-immersion experience of being a startup founder.

Ultimately we made the leap, not because we wanted to be the founders of a startup, but because we believed there could be a better way to harvest, store, and use clean power, and we didn’t see anyone else attacking the problem at a fundamental level.

What’s been the largest challenge you’ve faced in the startup?

There are acute challenges coming from every direction, but I would say the biggest persistent challenge is in recruiting. Not so much for folks who can handle the fundamentals that are common to many businesses, because Maine people are amazingly smart, hard-working, and adaptable. But more specifically it’s the challenge of finding experienced people with particular obscure skillsets like advanced power converter design, or deep knowledge and connections in a specific segment of a particular market.

Any advice for founders considering taking funding from VCs?

It depends entirely on the goals of the venture. We set ourselves a very ambitious plan to build an electronic platform that makes clean energy significantly more affordable, more efficient, and much easier to install. That implied significant core research spending, IP, manufacturing tooling, and certifications—each of which can be a major six-figure proposition, and at the same time we didn’t just want to be an R&D shop, and that means a robust business development team and real marketing, which is harder to do on non-dilutive funding.

As a general point about equity, I think folks who are new to the entrepreneurial scene have a tendency to want to hold tightly to 100 percent of the ownership. I have a different philosophy: when you are a small team and limited resources, having allies with a material interest in the success of the venture is a big advantage. So we’ve made a point of providing equity to our advisers and to every permanent full-time Pika Energy employee.

Talk about the impact of your mentors.

Yes, absolutely. I feel very strongly about mentorship; it was a major theme of both accelerator programs we did (MCED and Cleantech Open), and it’s high on my list of advice to anyone starting any kind of business. When you are new to entrepreneurship, the list of things you don’t know stretches off the bottom of the page (not to mention the things you don’t know you don’t know!), and having a personal relationship of trust with someone who has been there before makes all the difference in terms of avoiding pitfalls and talking you down from things that seem like crises—certainly it has in our case. And it seems like it can be pretty rewarding for the mentor as well—certainly it can be more exciting than a golf course! It’s also important to realize that no one person has all the answers, and as you grow your needs will evolve.