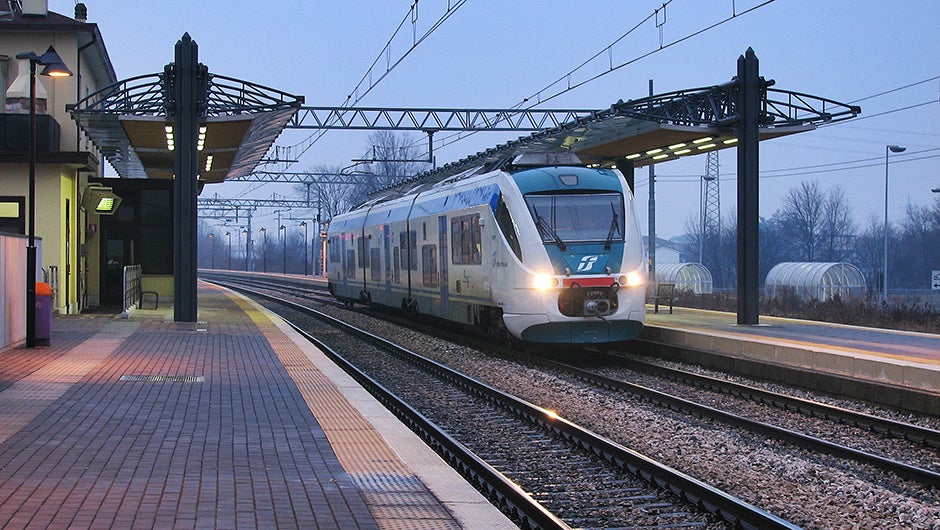 There are many ways to get from Point A to Point B if you live in the United States: car, bus, plane, Uber, whatever suits your fancy. But if some of our most ambitious lawmakers have their way, there will eventually be another option at our disposal: a nationwide rail system.

There’s bad news and good news. The bad news is that many of the barriers to getting a project like this off the ground still exist. The good news is that, even if the federal government is having trouble summoning either the political will or the money to make it happen, the private sector is doing what it does best: picking up the slack that Congress leaves behind.

When you think about high-speed rail, the image in your head probably has something to do with the now-iconic “bullet trains” seen most commonly in Japan. The funny thing about bullet trains is that the underlying technology has been around for about 50 years. Just one more reminder of how much catching up we have to do.

Among the more obvious barriers to rolling out a nationwide rail system concerns the physical layout of the country. If you’ve looked at a map lately, you know that our major cities are spread out, with our population unevenly distributed. This is much of the reason why planes are expected to be our transportation method of choice for traveling between the coasts: building all that rail would be really expensive.

But we’d be remiss if we didn’t also recognize the toxic political climate in the US as another barrier to forward progress on rail projects. The United States’ transportation trust fund is basically out of money, which mirrors the overall very poor condition of our infrastructure.

The simple truth is that Congress seems to find plenty of excuses to spend money elsewhere, but when it comes to improving—or, indeed, even performing basic maintenance on—our transportation infrastructure, we can’t seem to summon the political will. For more about that, I’ll point you to Democratic Presidential nominee Bernie Sanders’ thoughts on the subject. Whatever your political affiliation, it’s good to know that this is becoming a mainstream issue.

The Private Sector Takes the Lead

The good news I mentioned above concerns the initiative exhibited by privately owned companies from across the country. And I’m not just talking about rail, either, though that’s where we’ll start.

Having the right sort of leadership at the state level can sometimes make all the difference; a Vegas-Southern California rail link is moving forward in Nevada, as we speak, not because of any federal initiative, but because state leadership wants to get it done. Houston, Texas is mulling a rail project of its own, though disagreements over the details have hampered the project. Finally, a company called All Aboard Florida is leading the charge to build a link between Miami and Orlando—a route that would require nearly 240 miles of track.

Those other transportation initiatives I mentioned? They’re making considerable progress as well. Even if a nationwide high-speed rail system never gets off the ground, we’re still inching ever closer to self-driving cars, which will (literally) change life in America as we know it. Even school buses are getting modern upgrades in the form of updated engines that burn cleaner fuels. Everywhere you look, transportation technologies are evolving at a rapid clip.

It probably goes without saying, but the price tag for a full rollout of a coast-to-coast rail system would be a big one. Current estimates place the cost around $150 billion. Still, it’s time to start thinking about this as the investment it is; such a project would create a lot of good jobs, offer millions of Americans cheap and affordable transportation, and help us get more trucks off our roads.

That sounds like a good way to put our tax dollars to work, if you ask me.