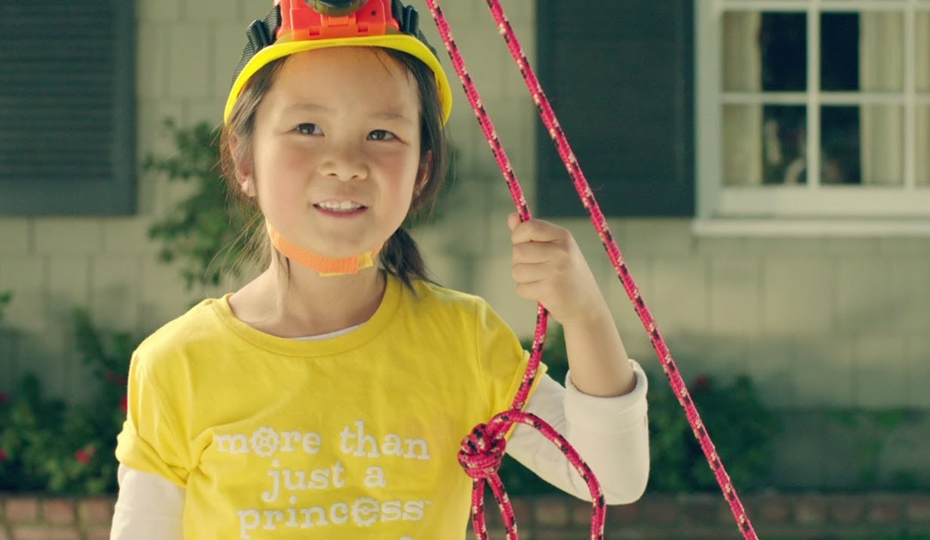 This weekend, middle school girls from around the country will gather in DC to learn about computer science and technology, as part of the ProjectCSGIRLS national gala.

ProjectCSGIRLS is a nonprofit founded in 2013 that holds tech workshops for girls. This is the second year they’ve held a computer science competition for middle school girls in grades 6-8. Their challenge? Build something to solve a social problem in global health, a safer world, or intelligent technology.

ProjectCSGIRLS was founded by Pooja Chandrashekar, a high school senior who has worked on a speech-based diagnostic test for Parkinson’s and a glucose biosensor for people with diabetes. Thanks to her work and advocacy, she was invited to the White House and spoke at the Thiel Summit, among other events.

These middle school girls are the finalists who will be showcased at this weekend’s event.

Saxena’s innovation is a prototype that shows that wearable technologies could generate their own power and not require batteries. It’s a bracelet, made of copper and felt, that uses human body heat to light up LED lights.

Her Green Highway Project is an idea to embed wires and electromagnetic springs underneath our highways to create voltage that can be captured as electrical energy to power our vehicles.

Their app provides personalized alerts and information about backpack safety, so students learn to carry their backpacks in the most ergonomic and pain-free way.

She designed a six-part pill that, when swallowed, would detect the location of cancer in the pancreas.

They created a simulator for the Oculus Rift that lets you feel what it would be like to get an MRI, which is helpful for patients who need to do the procedure but are prone to claustrophobia.

Her idea is a device called “Think It To Speak It,” which includes a brain implant and an external gadget, that would allow anyone who can’t speak to have their thoughts translated to audible speech.

She built a prototype to test a technology that would allow the blind to take screenshots of webpages and then have the computer print the text in Braille.

They created an idea for a nanochip that would detect TIA or “mini” strokes, which are the precursor to full strokes.

Their Bully Hotspot app lets students anonymously report where bullying is taking place and transmits the information to teachers and administrators, so they can send monitors to those locations.

Just Check is a thermometer-shaped device that you can insert into your drink to check for the presence of date-rape drugs.

They worked on an idea for an ink that would allow 3D printers to print food, beyond the already-possible candy and chocolate.

They created a water filter that sifts out dirt and then uses UV light to kill bacteria and decontaminate the water.

These girls created a program called Baymax of Obesity, which lets you track your food intake and find out if you’re consuming too much for your age and exercise level.

Their application, Look Ahead!, hopes to reduce trips and falls due to walking while texting. It detects the wifi on crosswalk poles and notifies you when you’re approaching an intersection.

Her app aims to inform people about the issue of human trafficking and inspire us to take action against it.

She created an app that educates women about breast density (and its implications for breast cancer) and provides tips for choosing a screening option.

Her app, World Well Wizard, crowdsources information about water wells so people can see how their water use impacts water levels.

mySugarApp tracks your sugar consumption from drinks and lets you see how your consumption levels have changed over time.