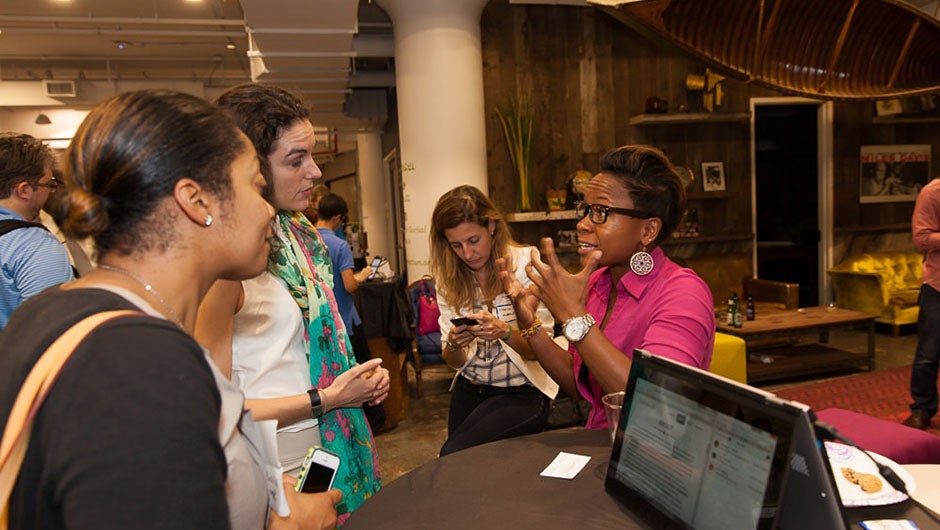 A Canadian entrepreneurial organization called SheEO is raising $1 million to support 10 female-led ventures – and the women themselves will decide how to divvy up the money. The initiative is called Radical Generosity.

There are only two rules for how the money can be divided: 1) no one company gets it all, and 2) it can’t be split equally. SheEO has used this process before, to good results. For example, one group decided that each company would come up with budgets and ask for money from the group, which resulted in companies sharing resources to keep each other’s costs down.

“We've witnessed that women don't create models that leave others behind. In our current model (how venture capital is currently organized) we are happy with a 1 out of 10 success rate. Women would never design a model like that,” says founder Vicki Saunders. She envisions a funding scheme where it’s not cutthroat, winner-takes-all.

Where will the money come from? Instead of taking the typical venture capital approach – raising money from limited partners, who expect to be paid back down the line – Radical Generosity asks 1,000 women to contribute $1,000 each. The money will be offered to the companies as a five-year interest-free loan; after five years, it will be paid back and more companies can be funded. The 1,000 funders don’t get any monetary return, but they do get the satisfaction of being women helping women. Over 200 women have contributed their money so far.

Canadian companies are eligible to apply for funding if they are female-led and majority female-owned, have $50,000 in annual revenue, and make some positive impact on society. SheEO will narrow down the applicants to 25 finalists, and all the women who contributed will get to help choose the 10 winners. For the next year, those companies get one-on-one coaching twice a month and admission to two intensive retreats. They’ll also have access to the networks and expertise of the 1,000 women funders.

Based in Toronto, SheEO decided on a “women helping women” model for a few reasons. First off, it benefits both the donors and the recipients: female entrepreneurs are often looking for female mentors, and female mentors are drawn to the cause of helping women together. On top of that, it serves as an inspiration for how things should be working. “The narrative of ‘women are often the last ones to support one another’ needs to change. That starts now,” SheEO says.

If all goes well, SheEO will create local chapters of Radical Generosity until they have raised $1 billion to support 10,000 women-led ventures in 1,000 cities, with 1 million women contributing $1,000 each (yep, that’s a lot of 1’s and 0’s).

Are you on board? Contribute some money to the pot, or apply to be a recipient by August 31 – the finalists will be selected by mid-September.