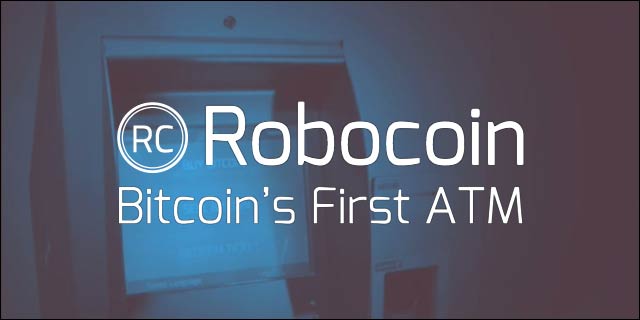 Even as the financial powers that be – the IRS, Warren Buffett, and the rest of them – struggle to define and regulate Bitcoins, entire industries are cropping up around the new currency.

One such industry involves getting Bitcoins into the hands of spenders. Las Vegas-based Robocoin is tackling this problem of the future by looking to the past. The company manufactures ATMs designed specifically for Bitcoin.

And just as fast as Bitcoin headlines are being made, Robocoin is evolving its business to adapt to the way users want to access the currency, starting with distribution. The first Robocoin ATM was installed in Vancouver just a few months ago, and now the machines can be found in several cities around the world, with future plans to expand to 10 more global locations.

Perhaps the biggest challenge Robocoin faces is Bitcoin anxiety, no doubt amplified by the recent Mt. Gox woes. Robocoin is facing this challenge head-on by offering a “generate wallet” feature for first-time users and by offering 0% fees for life to machine owners.

Recent moves on the regulatory front have proven Robocoin to be a fast learner, a positive quality for any startup, but especially for one in such a volatile industry. The ATMs track customers according to U.S. FinCEN law, Know Your Customer rules, and anti-money laundering rules using integrated webcams and hand scanners.

It's a good start, but the company will need to keep plenty of leeway between its operations and the turmoil of controversy surrounding the very foundation its product is built upon.