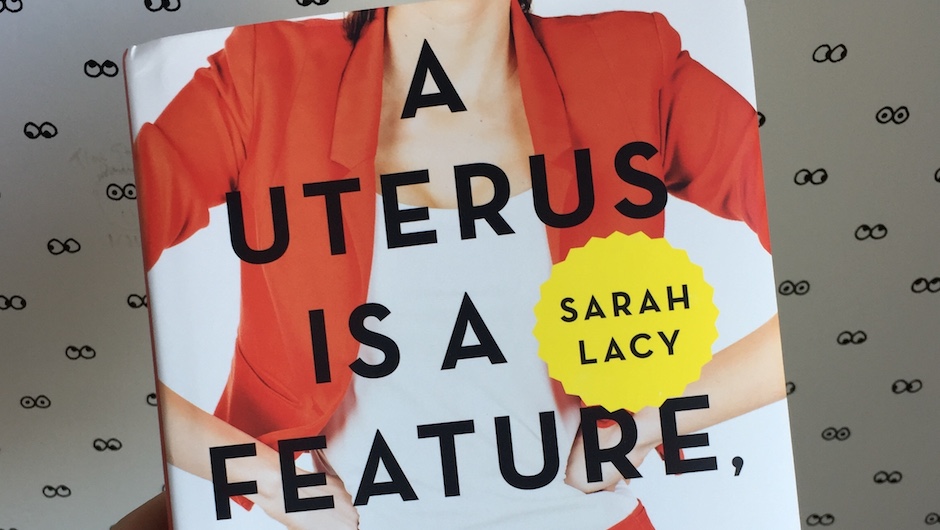 Over the past several months we've seen dozens of men in power, across various industries, facing the ramifications of their predatory behavior.  The timeliness the new book by Pando founder Sarah Lacy titled, A UTERUS IS A FEATURE, NOT A BUG: The Working Woman’s Guide to Overthrowing the Patriarchy, could not be more on point. The following is an excerpt from Lacy's new book that came out on November 14, 2017. 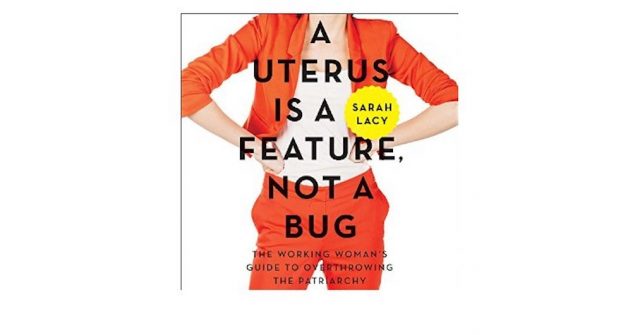 Benevolent Sexism and You

The thing is I’m not alone. Frequently women are turned against one another and themselves by the pressures of trying to assimilate into a male world. Being a mouthy feminist is a buzzkill if you’ve gotten ahead by acting like a man. What I didn’t realize in my twenties and thirties is that when men uphold and support the “right kind” of woman, she’s experiencing sexism, too. It’s just called benevolent sexism. And it’s one of the patriarchy’s most devious tools.

Benevolent sexism lurks behind justifying Maternal Wall bias as a “biological imperative.” Benevolent sexism is woven into why a lot of women vote for politicians who don’t respect their rights. Benevolent sexism explains why women came forward to defend Stanford rapist Brock Turner and the overly sexist culture at Silicon Valley companies like Uber. When you hear someone say, “It can’t be sexist if a woman is saying it,” there’s usually some benevolent sexism going on somewhere.

If guilt is the patriarchy’s little self-enforcing voice in our heads, benevolent sexism is the tool that causes women to punish one another. I only started to understand it one Friday night in 2016 when I drove down from San Francisco to Kim Scott’s Los Altos mansion for an evening of misogyny and the patriarchy. Cheers!

The speaker was Kate Manne, an assistant professor of philosophy at Cornell and the author of the forthcoming book Down Girl: The Logic of Misogyny. She had just published an article for the Boston Review using the crude and obvious example of the 2016 election to explore what’s typically more subtle in our culture: what exactly misogyny is, how it differs from sexism, and the universal playbook by which women who threaten a patriarchy are taken down.

This is something “cool dude” Sarah Lacy never would have done with her Friday night. She’d be too busy watching a baseball game at a dive bar in San Francisco’s Mission District. But feminist warrior Sarah Lacy was elated.

A lot of people think about misogyny as being a more violent version of sexism, but Manne drew a different distinction. Misogyny is the action that upholds the patriarchy, while sexism is the belief system that justifies it.

Misogyny is not imposed against all women equally. It is only used against those who are in some way a threat to the patriarchy.

“Benevolent” sexism/misogyny rewards women who hold up the patriarchy’s view of women. “Hostile” sexism/misogyny punishes those who do not. It’s the carrot-and-stick interplay between the two that pits women against one another without men having to lift a finger.

Having a system for rewarding only certain women at the expense of others is crucial for a patriarchy that also wants human beings to continue as a species. It allows misogyny to be selective. It allows men to justify control over women with their seemingly contradictory desire to be in loving relationships with them. To be supportive dads who want their daughters to excel and achieve, while refusing to let their wives work. At the extreme, benevolent sexism allows men to scream disgusting things about women at a Trump rally but genuinely love their wives and daughters and not want them to be “grabbed by the pussy.”

It’s also why Donald Trump may believe he is “sooooo good for women.” It’s why his daughter Ivanka may even believe that. Trump’s comments on women are so unsubtle and shameless that they’re almost a handy “My First Misogynist!” primer. Trump tends to praise women’s talents only when they are being used to make him more money or elect him president, Manne pointed out. Trump says things like “I have many executives that are women. They are doing a phenomenal job. I pay them a tremendous amount of money. They make money for me.” Consider Ivanka’s defenses of her father in this light. “[She] defended him against charges of misogyny in a way few people found convincing. By saying that her father supported her career ambitions, as well as those of his women executives, Ivanka missed the point that she and they represent no threat to her father and are thus unlikely to come under fire,” Manne writes. “Misogyny can afford to be selective. . . . Women who know their place do not need to be put in it.”

It’s also why I was supported and championed by many men when I was in the “cool dude” Sarah Lacy mode of my twenties and early thirties. I wasn’t threatening to upend anything. I was defending the existing system. I was contorting myself to fit into it. And if I denied the claims of other women experiencing sexism? Well, then I had even more value. Good girl!

From the book A UTERUS IS A FEATURE, NOT A BUG: The Working Woman’s Guide to Overthrowing the Patriarchy. Copyright © 2017 by Sarah Lacy. Published on November 14, 2017 by Harper Business, an imprint of HarperCollins Publishers. Reprinted by permission.