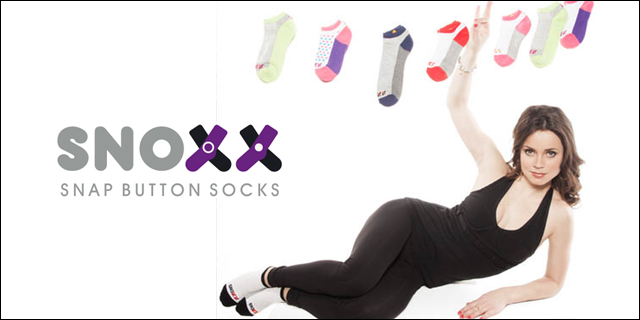 After winning a silver medal in the 2006 Olympics, figure skater Sasha Cohen is chasing after a new badge of honor: successful startup entrepreneur.

She and cofounder Scott Annan are raising $25,000 on Kickstarter for Snoxx, socks that snap together. They’re inspired by Cohen’s days on tour, when she lost tons of socks. After less than a week, the campaign is almost 30 percent funded.

Cohen and Annan have spent the last year finding manufacturers, perfecting the quality, and talking to buyers. Inspired by TOMS, Cohen – who works with a variety of charities – hopes to eventually benefit a charity with Snoxx.

Below, she talks about her startup journey and the transition from athlete to entrepreneur.

Tech Cocktail: Did you learn anything from figure skating that helps you as an entrepreneur? 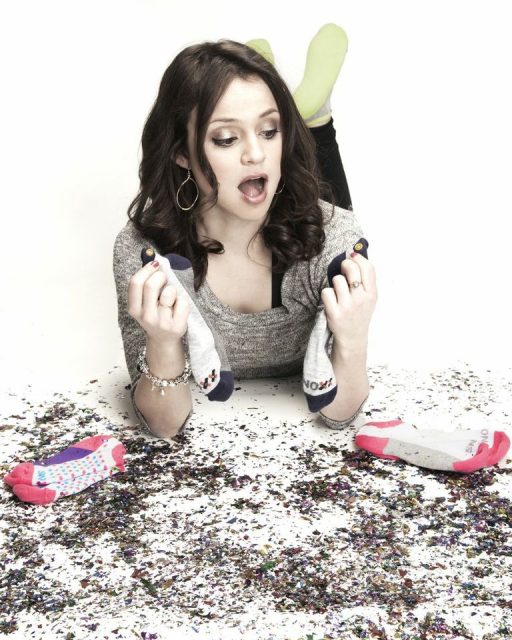 Sasha Cohen: You learn perspective. People ask me what’s important in skating, and I say, “Perspective, passion, and perseverence.” And it’s hard, so you have to really be passionate in order to last and in order to do a good job. You have to have perspective, because there will be disappointing days and there will be days where it doesn’t seem like it’s going to work out. And perseverence in the sense that it’s not something that happens in a day, in a year. It’s something that takes a long time and tens of thousands of hours to build something worth having. You learn that, I think, from having to spend 20 years in a sport to get to the top level.

Tech Cocktail: What was the transition like from athlete to entrepreneur?

Cohen: It’s been amazing and difficult. I’m also a student at Columbia University and I’ve been in the process of launching a line of skates as well. But it’s amazing to be able to build a life in one spot and go to school – I haven’t been to school since seventh grade – and to start building something new. Because as an athlete, you peak at 20 and then you have to find a new life for yourself. So it’s not been without its challenges, it’s been very rewarding and sometimes difficult, because the real world is a whole different way of living, different rules. And I’m learning, and I’m really loving the challenge, but it’s not always easy [laughs].

Tech Cocktail: Was there anything that surprised you about starting a company?

Cohen: There’s so many factors that are beyond your control. I think it’s a much narrower scope when you’re an athlete – you choose your coach, it’s really about taking care of yourself, and it’s about how hard you push yourself and how strong you are mentally. But when you’re launching a company, customers might say they’re going to buy it, but will they actually buy it? Will the order come out in time from China? Will the quality control be there? Will things be the colors that people want? There are so many things that are new.

I think it’s a whole new learning curve, which I’m sure I’ll adjust to, but I haven’t done this for 20 years, so this is not one of my expertises. But I really love the challenge, and just seeing what else I can do. And I feel like that will provide the opportunity for growth, because when you put yourself in not always the most comfortable situation – sink or swim, baby.

Tech Cocktail: What do you enjoy the most?

Cohen: I love that it’s not a big operation right now. I love that it’s me and Scott, and I love to see what we’ve done, just the two of us, and that it’s really coming to life with our work. It’s not a huge corporation that bought an idea or paid me a sponsorship to put my face on their product. And there’s so much more involved – so much more at stake – but it’s so much more rewarding. . . . It’s not a robot, it’s not going to completely change the world, but it’s exciting and fun and we care a lot about it.

You can order a pair of Snoxx for $10 on Kickstarter, to ship this summer.