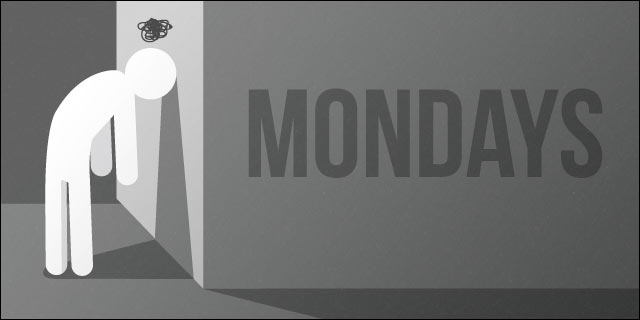 Science can explain a lot of things, even how you hate a Monday like today. So now drink that coffee, and maybe this will help you understand why Mondays are particularly difficult days: 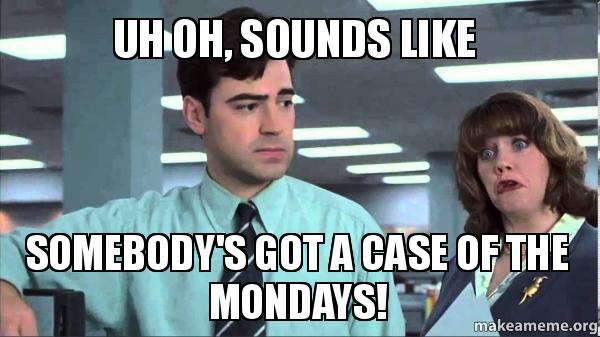 1. Your Sleep Pattern Changes during the Weekend

And it's not in the way you expect. According to an article published on Mental Floss, most people don’t get enough sleep during the week, and they often try to make up for it on weekends. But sleeping in even an hour or two for just two days can confuse your body clock – and we are slaves to our body clock. According to scientists, that extra sleep just makes you more tired at the start of the week. So on a Monday like today when you had a long weekend, it is hard to get out of bed.

2. Your Need to Socialize

You know why you have a coffee and take longer catching up on gossip on Mondays? You need to feel like you're part of the “tribe.” In this case, your workplace. Even after just two days away, according to scientists, “we need to make sure our place in our work environment is secure.” That coffee and chat is important part of your Monday, so stick to it or else you will feel all sorts of out of place.

A larger emotional shift from Sunday (a happy weekend day) to Monday (a work day) occurs every week. Even though Mondays are no more stressful and depressing than Tuesday or even Thursday, people compare it to Sunday. So no matter what, Monday will always seem like it was the worst day of your week. Fridays are the best days because there is an anticipation for the weekend. Monday just has a bad rep. 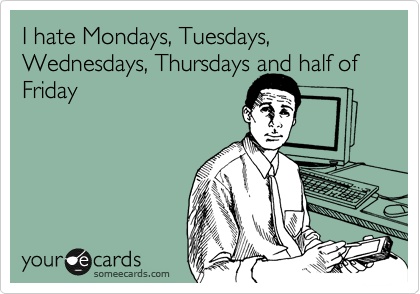 4. You are harder on Yourself on Monday

On Mondays, you usually wake up with a mad case of Loser Complex (LC) from a weekend of drinking and eating more than usual. And your body feels it, hence the glumness. One study found that American women of all ages and locations feel least attractive on Mondays. That's why you start a new diet on Mondays or even start exercising again.

While these are positive changes, they aren’t fun to actually do, and they come from a place of feeling bad about yourself.

5. You Are More Likely to Have a Stroke on Mondays

Scientists have found that even people who generally maintain their weight weigh the most at the beginning of the week. Mondays are also the most common day for people to suffer heart attacks and strokes. Even if you don’t end up in the hospital, your blood pressure is higher on Monday, as is your chance of getting sick in general.

6. You Are Less Engaged on Monday

Monday mornings, you can't help but to procrastinate. You're not alone: according to a massive Gallup poll, 70 percent of people hate or, at best, are “completely disengaged” from their job. “Monday Blues” is a real feeling that starts on Sunday night, leading to an unproductive Monday. That might be why 37 percent of job applications are submitted on Tuesdays, more than any other day.