Last week, one of Venture Hive's 2014 Accelerator companies, Criptext, was announced as one of the 16 most innovative startups to take part in Demand Solutions, an IDB conference taking place on December 2nd at the Inter-American Development Bank's (IDB) headquarters in Washington, D.C.

The Panamanian startup, Criptext,  is a secure enterprise messaging and email platform that offers an unparalleled level of security that decreases the risks of information leakage. The cost of data breaches to US companies is $120b per year and due to IOT and BYOD that number is expected rise 10 times in the coming years. While many companies that offer similar services focus on thick layers of encryption, Criptext’s security goes beyond encryption by offering an unprecedented level of control.

Encrypted texts and emails that are communicated via Criptext are never downloaded into the recipient’s device. Instead, they are streamed in real time to the user once they open the message. This means that company information is never sitting indefinitely on other people’s devices. With such control users are able to track messages, recall them at any given point in time and even block them from being forwarded to anyone else.

The IDB has chosen only 16 startup companies from among more than 200 in 22 countries that applied to participate in Ideas for Improving Quality of Life. Their aim is to bring together creative minds who strive to offer innovative solutions to development challenges around the world.

Tech Cocktail reached out to Criptext's co-founder Mayer Mizrachi to ask about this awesome opportunity.

What does it mean to be chosen as one of the startups in the conference?

Well, it feels great! Being part of the 8% that got elected means a lot to us. There’s also a great deal of value in the validation it brings to our team, our product, our company and the direction in which we’re taking it. Security and privacy is at an all time high and we’re glad to be able to showcase our solution to the world at this event. More importantly, it’s a great honor for to be able to represent Panama, Ecuador, and the city of Miami who embraced our ideas and jumpstarted our company. 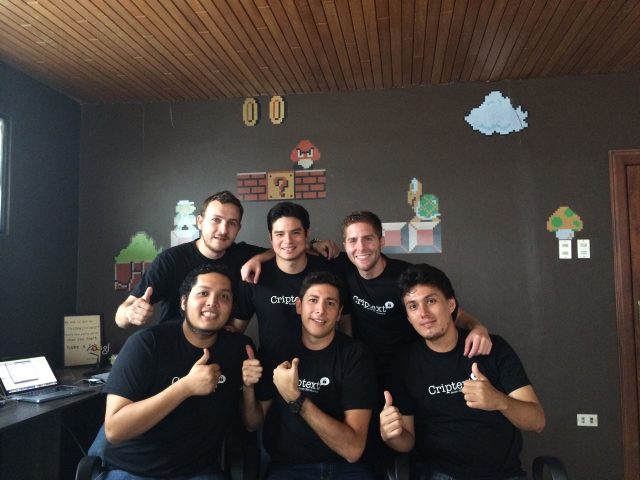 Why is this important for the Miami tech community?

I think our participation in this event goes a long way in proving that Miami’s growing tech industry is different from any other community in the US. By nature, Miami is a city that has been open and welcoming to foreigners, especially Latin Americans, and in doing so it has prospered with great distinction. These days almost every country in Latin America is pushing its own tech startup initiatives. However, cases of success have been few and far in between. As a result, we’re seeing a great deal of Latin American startups coming to Miami and finding it a better environment for tech. With local government and private sector help, Miami's tech community will continue to grow at an increasing rate in the years to come. As one of these startups that came for Latin America, we’re humbled and honored to represent Miami as one of the IDB’s most innovative companies.