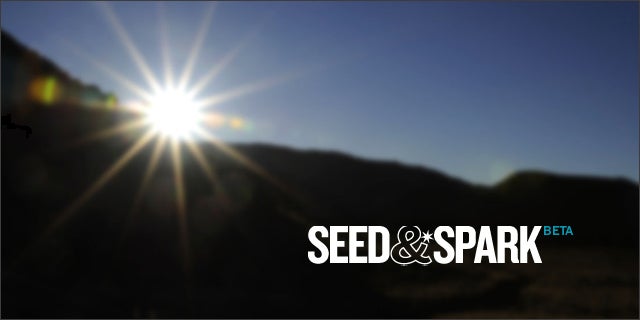 The traditional process of indie filmmaking is something akin to building a startup: many ventures are bootstrapped, fueled by free help and favors from friends. And once the product is actually ready, there’s little budget to market it.

“Because the filmmakers are so preoccupied with funding and then making the film, by the time the film is done, they’re sitting there going, ‘Oh yeah, now we need people to watch it,’” says founder and CEO Emily Best.

The traditional route, going through festivals like Sundance, is usually a long shot. So Seed&Spark is offering indie filmmakers a way to increase their budget by crowdfunding, and have a place to distribute films. After a funding campaign of one to two months, films are posted on the site for fans to buy and watch. You can see anything from the comedic romp Percival’s Big Night to the emotional The Sound of Small Things to the inspiring cancer-survivor tale Mana’Olana: Paddle for Hope.

Best calls this “fair trade filmmaking.” Like other fair trade products, Seed&Spark makes sure the producers get as much of the profits as possible. In this case, rather than going through sales agents, exhibitors, and distributors, filmmakers just give a small fee to Seed&Spark (5 percent of the money crowdfunded, and 20 percent when fans watch films). In fact, fans can choose to add the 5 percent fee to their order, and around 90 percent do.

Seed&Spark also aims to raise awareness about all the work that goes into producing movies. Instead of just funding the film in general, supporters can fund individual parts like cameras, meals for the actors, or production insurance.

Filmmakers keep the rights to their films, with one condition: as Seed&Spark rents feature films for $2.99, filmmakers can’t distribute them for free elsewhere online. “If you don’t think your work is worth paying for, then I don’t entirely think you should be making it. I think part of being an artist is also standing up and saying, ‘What I do has value,’” says Best.

And that value is more than just entertainment; indie films can help combat the stereotypical messages in mainstream movies. Best was inspired to start Seed&Spark while working on a play. She remembers one actress, Caitlin Fitzgerald, sharing roles that she was training for.

“All of the roles for women that she was reading for were really embarrassing and not at all representative of the bright, beautiful, and talented person who Caitlin was,” says Best. “And we were all like, ‘There’s an entire group of great women [here]. Why isn’t there anything about us in the movies?’”

Best signed on as producer of an indie film shortly thereafter, and they ended up crowdfunding $23,000 on their own in one month. Inspired by the support of the community, she wanted other indie filmmakers to have the same opportunities.

Watching a film can also be a personal learning experience, Best believes. “A lot of people think movies are a luxury. And sometimes they are, but I actually believe that storytelling in general and art in general is not a luxury; it’s a necessity. Because it’s how we learn about ourselves and the world through metaphor, and it’s how we deepen empathy for situations we will never come in contact with in our entire lives.” With Seed&Spark’s help, more indie films that tackle issues like this will see the light of day – or the darkness of a movie screening.