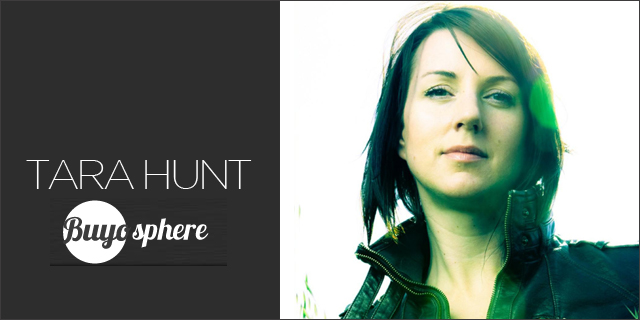 Back in July when I first covered Buyosphere, the Montreal-based startup felt like an iteration of Pinterest – you could curate collections of products, find interesting products through friends, and establish yourself as a tastemaker.  I was skeptical about the future of the company – and said so.

Co-founder and CEO Tara Hunt replied to me saying they’d gotten similar feedback and were changing their business model.  They did – and they are the better for it, as they just landed the very-difficult-to-find-unless-you-have-a-stellar-idea round of seed funding ($325k).

Buyosphere is now a shopping-focused question-and-answer site broken out into 9 categories.  If you are looking for a pair of shoes that will go with a new dress or an inexpensive but sturdy bunk bed for your son, you can ask on the site.  Your question is amplified to people who have expressed interest and knowledge in that shopping category, allowing you to get great recommendations.  (The site uses a combination of interest and social graph analysis to find those people to ask.)

I spoke with Hunt by email last week, curious as to how their funding process came about in such a difficult fundraising atmosphere – and how their rebranding and new business model helped the process.

Tech Cocktail (TC): How long did the funding process take?

Tara Hunt (TH): This isn't a straight forward answer at all. I apologize in advance! We've been raising money for what seems like years. But for different phases and different products. I could safely say that I made my first official pitch in June of 2010, but that was for what looks like a different company and we had no product at all yet…just a couple of wireframes and a concept. Not to mention that we weren't pitching many people back then. I had soft pitches with old contacts of mine who advised me to look into Friends & Family debt instead of angel or VC money.

We raised about $80,000 F&F convertible debt in the summer of 2010 and then another $120,000 F&F rolling between January and August 2011. Around January 2011, we also started pitching VCs and angels seriously because we had a prototype ready. We launched Buyosphere in May 2011, but decided to pivot in August 2011. At that point, I went out with an entirely new deck and plan and went back to VCs we talked to in January (who had turned us down at that point) and then it came together much faster.

So to make a long story short, the funding process for the site you see today and the round we just closed took about 3 months, but the learning period took just over a year before that!

TC: Did you actively talk to both angels and VCs throughout the process?

TH: Yes. I've pitched both angels and VCs. The only difference seems to be where the pitch takes place.

TC: Why did you choose to work with investors who were closer to home in Montreal vs in the Valley, Boston, or NYC?

TH: During the ‘learning period', I actually pitched quite a bit in the Valley, Boston and NYC, but the answer was always the same, ‘We like the team, we like the concept, but you are far away. Come back to us when you've proven out the concept and have traction. We like to have our seed companies down the street.’

I completely understand that attitude. I like having smart money, not just any money. The fact that our financial partners are just down the road makes me feel better, too. We can meet face to face more often and help one another out more. Early stage companies need lots of TLC, especially in today’s competitive market. No matter how much the web has helped connect us over distances, face to face is still way more intimate.

TC: Do you plan to pursue more funding as your revamped brand proves its worth?

TH: Absolutely! $325,000 doesn't go so far. It sounds like a fortune, but once you calculate your burn rate and expenses, it runs out pretty quickly. It's going to be a balance now of spending enough to move the needle significantly while holding back enough to give us a decent runway to our next round.