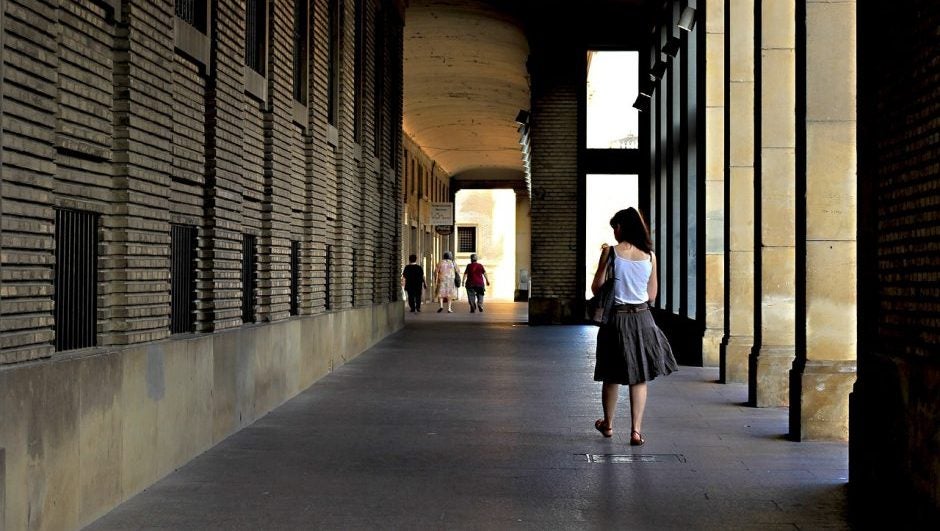 Rewarding innovation is the cornerstone of our economy. Fortunately XPRIZE, the non-profit organization launching public competitions intended to encourage technological development that could benefit humanity, has set up a system to do just that. Their competitions have spurred countless innovations in transportation, energy, and space exploration. And now, they're tackling the issue of women's safety.

The Anu & Naveen Jain Women's Safety XPRIZE is a $1 million competition that “challenges teams to leverage technology to empower communities with a transformative solution that ensures women’s safety,” according to the website. The need for this kind of competition is undeniable, as every statistic in the world will plainly show you.

“According to statistics from the United Nations, one in three women have faced physical or sexual violence in their lifetime, with one in five being a victim of assault on college campuses across the United States – yet 90 percent of victims don’t report the case,” said Anu Jain, philanthropist and champion for the Women’s Safety XPRIZE in a press release. “We sparked this initiative to curb the harassment epidemic against women and empower them to pursue their dreams.”

If you're interested in seeing what kind of technology is leading the pack for women's safety, check out the 21 companies named semifinalists below:

Led by Dr. Nicee Srivastava and Dr. Katerina Zisaki, Artemis is developing a device that can trigger an alert not only through a button or gesture, but also by seamlessly tracking the emotional threat level faced by the woman.

Led by Poorvi Mathur and Elizabeth LaRue, Hera Global Tech is developing an intuitive solution for women’s safety without wearing a band, pressing a button or finding a phone.

Led by Ramdas Kumbala, IDEAHOUSE is developing a technologically-equipped device that can trace the location of a user in distress and alert those nearby for help, even if the signal strength is low.

Led by Allison Clift-Jennings, Jayawear is developing a product that will enable women to create their own safety together, regardless of social status, income or reliance on technological infrastructure.

Led by Mark Hardy, Mangos is a student-led initiative developing a solution for the competition

Led by Leo Bereschanskiy, Nimb is developing a personal security platform that consists of software and hardware that helps people call for help in case of emergency with just a touch of the thumb.

Led by Nick Droege, SafeTrek is building on top of their personal safety application’s infrastructure to launch the first connected safety platform where anyone can sync their existing apps and products with SafeTrek’s services to enable new, efficient and user-friendly methods of getting help in any emergency.

Led by Nicholas Baker, Saffron is a collaboration between the University of Washington and Tsinghua University through the Global Innovation eXchange (GIX), focused on developing wearable sensors and machine learning aglorithms to create inconspicuous technologies that improve the safety and well-being of women around the world.

Led by AM Amith, SANGO is working on an IoT device integrated with artificial intelligence that can autonomously trigger an alarm in a panic situation.

Led by Debashis Sahoo, Shanvi is developing a hardware and software solution for safety triggers and response using the latest technology.

Led by Lena McDonnell, Soterra is using a combination of global positioning services, cellular data and bluetooth to build a versatile, reliable and affordable network to connect women to emergency support systems with or without internet access.

Led by M. Gopikrishnan, Stree Raksha is a team of family members developing an empathetic, non-intrusive ecosystem for women’s safety.

Led by Celia Lopez-Ongil, UC3M4Safety is developing a wearable solution that will detect a user’s panic, fear and stress through physiological sensor data, speech and audio analysis, machine-learning algorithms and multimodal data fusion.

Led by Maxwell Fong, Elan Timmons and Madison Weiss, Ulzi is a customizable personal safety phone application that harnesses the power of community and works to reduce sexual assault and create safer communities.

Led by David Benoit, Wearsafe is creating a software platform that allows technological devices to collect and transmit critical information about a user, such as health status, in order to understand situational context and signal for help.

Led by Ali Raheman, Xeno is developing the world's first crowdsourced women's safety device blockchained for security, privacy and anonymity of the victim, as well as those who respond to an incident. Camouflaged as a fashion accessory, the technology is capable of dispatching hands-free SOS alerts.

Read more about other XPRIZE competitions on TechCo