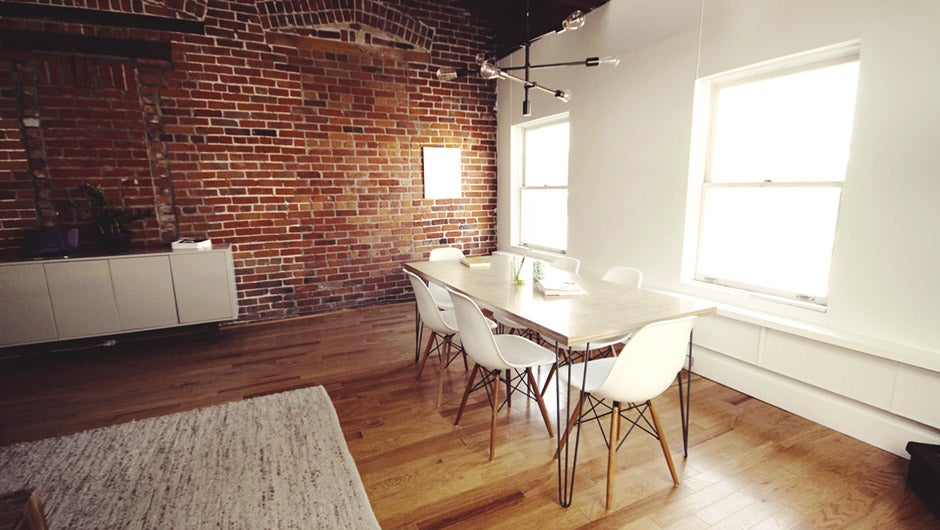 David Joseph is the cofounder and chairman of Davo Technologies, a Portland startup that has developed a software-as-a-service product that aims to make the lives of small merchants and restaurateurs easier. Specifically, the company’s product, Davo Sales Tax, automates the collection and payment of sales tax to the respective state where the small business is located.

Joseph’s background isn’t in accounting or software or financial technology. He owned a restaurant in New Jersey, where he considered collecting sales tax on behalf of that state as the “bane” of his existence. He knew there must be a way for the process to be automated via a small business’ point-of-sale terminal, but no one seemed to be able to offer that service. So he spoke with a friend and frequent restaurant customer, Owen Brown, who had a finance background, and the pair eventually decided to develop their own solution. 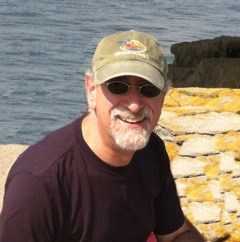 That was way back in 2000. The pair spent a decade batting the idea around and, as Joseph puts it, “waiting for the technology to catch up to us.” They received a patent in 2010, moved the business to Maine in 2014 and officially launched the same year. I first covered Davo Technologies that same year for the Portland Press Herald.

In our conversation, Joseph discusses what it takes to be an entrepreneur, his idea for helping more Maine startups get through that chasm between startup and profitability, and why he never wants to be the smartest person in the room. This interview has been edited for length and clarity.

Have you always thought of yourself as an entrepreneur?

Historically, I went into the restaurant business. I never went to culinary school. I had actually only worked at one restaurant in my entire life, and I’d never worked in the front of the house. I worked in a kitchen and it wasn’t even a full restaurant. It was a pastry shop opened by my brother. And from there I decided to open a restaurant. What naiveté! ‘How hard could it be?’ I thought to myself. They order food, you make food, you bring it out to the table, you collect the money. That was the beginning of my restaurant. And I grew it to 25 seats, and then to 160 seats. We were in business 16, 17 years, made national acclaim. We were written up in Gourmet magazine, the New York Times. If you have a passion for something and stick through it and stick with the grind and work it, you can be successful.

Tell me about the genesis of your idea.

Sales tax was always the bane of our existence. It would always seem to come around on the 15th of the month in New Jersey. And my bookkeeper would come in on the 13th or 14th of the month, drop off an envelope and tell me my sales tax return is in there and that I’d need to write a check for $6,000 to the state of New Jersey and put it in the mail by the 15th. There are so many things going on and so it’s easy to lose track of mailing the sales tax. I struggled with it. We’d get behind and at some point I’d have to go to the state and I’d have to wait until an amnesty—if you come forward we won’t charge you on penalties or interest. We’d always take advantage of that. But in the meantime, it was a constant thorn in our sides.

My manager at the time, who is now my wife, said that at the end of every day we really should just put the sales tax in an envelope and put it in the dropbox and that she’d be the only one with a key. This way at least it’s put aside every day and I didn’t have access to that money. So we made the adjustment and from that day on we were always on time.

One day I was kind of putting things together in my head. We had a cash advance from the New York Times card. You’d get a cash advance and every time someone came in and used a New York Times credit card it would get paid back as a percentage to Visa and Mastercard. So I knew they had the ability to split off percentages of credit cards. I looked at the credit card terminal and I said, ‘You know, somewhere in that terminal is a solution to this problem.’ And I went to my bank, to Chase, and asked if they could split off a percentage of my credit card receipts every day when the batch comes in, put 7 percent in this account and the rest into my regular account. This way I knew I’d be 80 percent of the way on my sale tax. The rest was cash and I could come up with the other 20 percent pretty easily. But they said no, there’s no easy way to do that.

I came out of our kitchen one day and, as the legend goes, I don’t remember saying it but supposedly I did, I said, ‘I want someone to do our sales tax the way ADP does our payroll.’ And that was really the germ of the idea. Why can’t someone just take care of this for me? Why do I have to do this? I didn’t open a restaurant to be a tax collector for the state of New Jersey. And I can assure you 100 percent of small businesses out there feel the same way. Necessity is the mother of invention. This idea came from my experience in the restaurant business and dealing with sales tax. 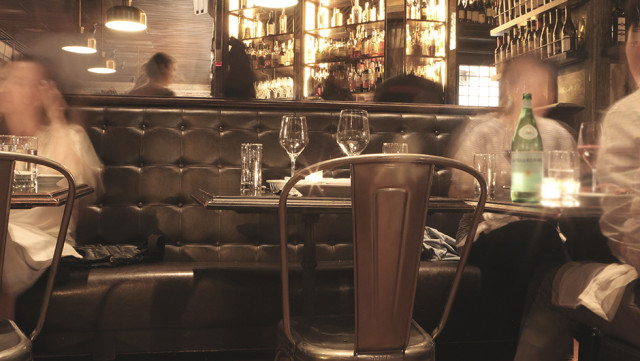 How did you take that idea and actually build a software company?

I think the first thing is that Owen and I have never faltered from the fact we have a great idea. We have never doubted it. So that is to me as an entrepreneur incredibly important. If you don’t believe in your product 1000 percent, you shouldn’t be an entrepreneur or you need to change your idea.

We presented at Finovate a couple years ago—a financial conference in New York. Someone came up to us afterwards and said, ‘You know, I heard a lot of pitches for solutions looking for a problem. You guys were the only ones that were pitching a solution to a problem.’ For us that was gratifying.

So how did we get here? It has not been the two of us alone. Neither of us are software people, neither of us are point-of-sales people, nor were we experts in the merchant services business. We hired a couple great consultants who have been opening doors and educating us. We hired a great CTO. He actually came on as the architect of our technology. A third party built the initial product that we have, but Peter, our CTO, who was a consultant, has now come onboard on as our full CTO and has taken all of that over, so now all our technology is being built in house. But it’s a day-by-day process. There’s no roadmap that we can use to say, ‘Okay, we’re going to get from Point A to Point B.’ You plant a stake out there and hope you come close to it. And your stake is going to constantly move, and you have to keep moving with it, and moving in the right direction. 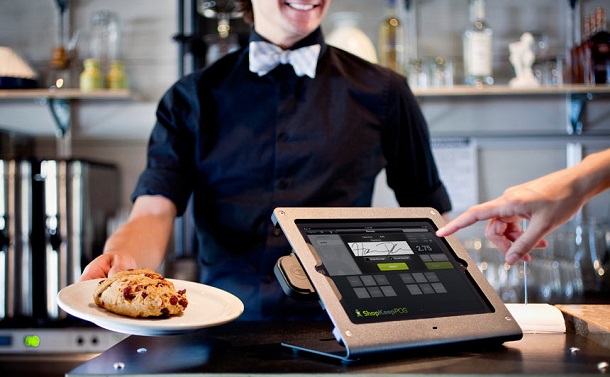 What has been your biggest challenge?

Money. The single biggest challenge is raising funds. Talking to investors and getting people to fund your idea, because there’s ton of competition out there. And talking to other entrepreneurs I think the biggest challenge for everyone is funding. We feel we’ve been lucky; we’ve done pretty well, but it’s expensive to do what we do, really expensive, and we need to get to scale. That’s our next biggest challenge: Getting our product to scale to market and how you go about doing that.

We have raised to this point a little over $3 million in four and half, five years. We have had MTI money twice. We’ve had some business accelerator grants from them, as well. We’re are now in another round to raise another $2 million that’s going to go towards marketing, because we know we have a product that works really, really well.

What are the challenges of finding capital in Maine?

To me, the problem with Maine right now is the Maine Seed Capital Tax Credit. Here’s the problem: If you’re a Maine resident you get a 50 percent tax credit on any investment you make in a startup, or however they define that. If you are outside the state, you have to be a venture fund to use this program and you will get 50 percent of your investment back to you over four years. Here’s the problem: To be a venture fund, they want to make a minimum of $5 million in revenue because otherwise it’s not worth it for them to do the due diligence on a company. So, for us, that program outside the state of Maine doesn’t make a whole lot of sense. They should open up that program to angels outside of Maine just like they do for venture funds outside of Maine. Maybe not 50 percent, but if we went to an angel group in Massachusetts and said, ‘Hey, do you know you can get 25 percent of your investment back over four years for investing in a Maine startup?’ That would drive more money here. It might be smaller amounts, but the money would go further and it would also help companies like ours. If we were at $5 million in revenue we don’t need the Maine Seed Capital Tax Credit anymore. Companies that are in the position we’re in—what’s classically described as the chasm between startup and positive revenue—need the helping hand and they should be able to attract that money from anywhere around the country.

Any advice for startup founders?

This is the one thing I live by: If you’re the smartest person in the room, you’re in the wrong room. You have to take that attitude. You have to believe in your product and believe in what you’re selling or building, but you need to depend on people to help you along the way. You need to have people in the room who are smarter than you at what they do. Is it better to be jack of all trades or an expert in one? You need to be both. You need to be an expert in one and a jack of all trades, but you also need to be very open minded about bringing people into your organization who are going to help you move forward.

Read more about the Maine startup ecosystem on Tech.Co