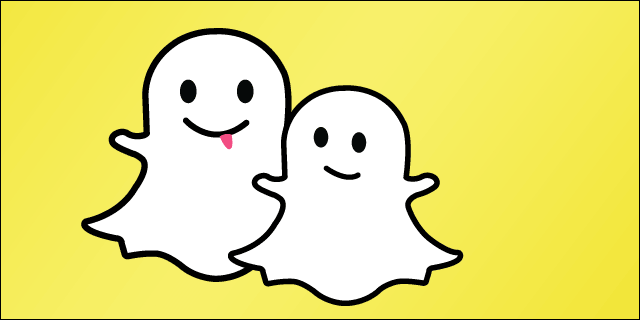 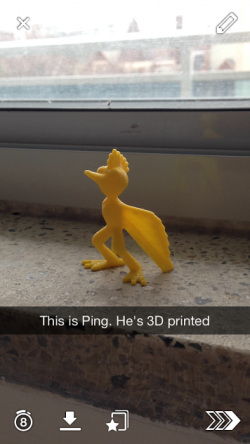 Thank you, Snapchat, for doing the impossible.

My brother and I have always had a tenuous relationship. He’s a few years younger than me, 23 now, and let’s just say we’re very different people. After we got over the fighting and slapping each other phase when we were young, we didn’t have much left to talk about.

I’ve always been the serious, “boring,” studious one; he’s more fun-loving, rebellious, and bored by most things.

When I visited home in March, my brother encouraged me to download Snapchat. At the time, I thought Snapchat was for naked pictures and teenagers. I was skeptical.

For once, he taught me – the tech reporter – how to use a piece of technology. You press to record a video, he explained. You can add text. That number is how long the “snap” will show up on the screen. I was a little baffled.

But I’m baffled no more. Looking back at a year of text message history, 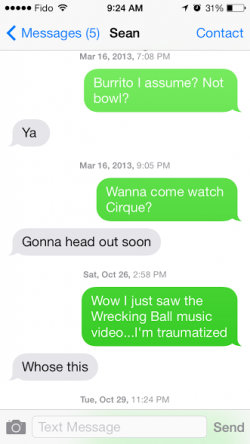 we sent fewer than 30 messages – most of them coordinating pickup times and dinner orders, and some drunk texts he sent me on Halloween. Meanwhile, in the past month and a half, we sent each other over 40 Snapchats – and none of them were about logistics. (And for the record, Snapchat luddite that I am, I still haven’t sent anyone else a snap.)

Granted, it’s silly stuff. My brother is a bodybuilder, so he tends to send me photos of his biceps. He takes a lot of selfies – that seems to be Snapchat’s ideal genre. The camera is vertical, and horizontal photos show up sideways. I’ve dabbled in selfies myself, grateful that the messages self-destruct. I try to take funny or exotic photos – a plane with the sunset behind it, my eyeball, a funky cafe I’m in.

Why does Snapchat work where texts don’t? I see it like the text message equivalent of a poke. You don’t really need to say anything, and the other person doesn't need to reply right away. It’s just a way to share what you’re doing now, and feel a little closer to the other person. Recently, my brother sent me a video of his green-goop, disgusting-looking liquid vitamin. I think I texted him later that night or the next day pretending to chomp on a Cadbury cream egg (happy Easter!).

Beyond that, it’s free and easy. I’m constantly changing countries and traveling, so I always have a new number and a new (expensive) texting plan. I have to calculate if every international text is worth it, and my brother has to figure out what my number actually is (see above, where he was confused by a text from a random number). Snapchats are free, and my username always stays the same.

So thank you, Snapchat. I may (still) not know my brother’s deepest thoughts and feelings, but I do know what he’s up to and maybe what his mood is. I always smile when I get a snap, because it’s usually hilarious and he took the time to take it for me. Maybe next time he and I sit down for a chat, we can reminisce about all those crazy snaps and have a deeper conversation, and connection, as a result.