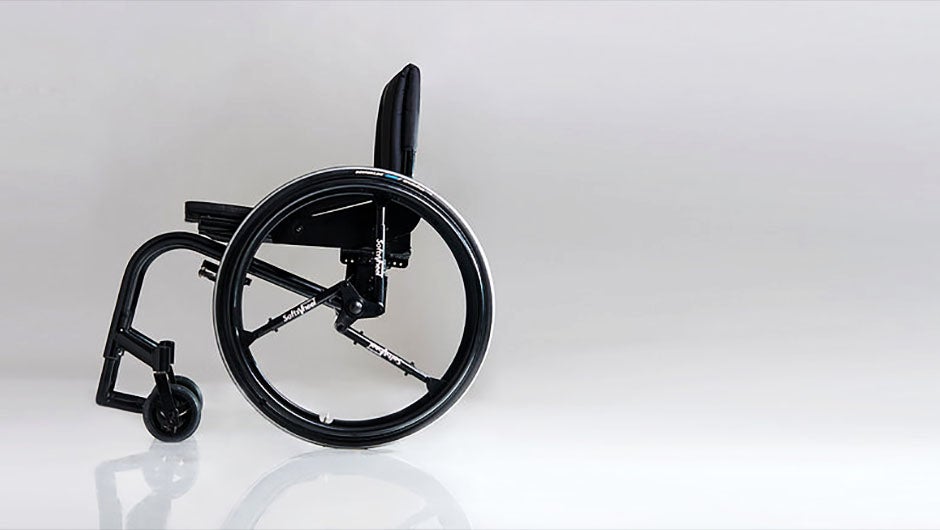 However, the Israeli technology startup SoftWheel obviously thought that this was not meant to be taken seriously, so they got to work and actually reinvented the wheel – literally. Their new wheel technology promises to revolutionize the way we see and use wheelchairs, making it possible to conquer bad terrains, descend curbs and even go down stairs.

SoftWheel's patented technology is based on a flexible shock absorption system, which is built into the wheel itself. This allows for improved stability without sacrificing speed, which is quite useful for every application this technology might have in the future. For the moment, it is already implemented in wheelchairs and bikes, and is raising a lot of interest even abroad: so much that distribution has now begun in the United States, and the US Transportation Secretary has already visited the company and seems to be impressed.

As part of its launch into the US market, the company has also initiated a partnership with The Independence Fund, which provides support for US Veterans. Together, they are offering a monthly financing plan, as well as a giveaway of 100 pairs of wheels to vets.

This new wheel, named Acrobat, has a unique design that discards the standard spoke and rim, instead featuring three shock-absorbing struts around a central hub. This radical design change offers a smoother and more energy-efficient ride. The wheel is also incredibly stable, giving wheelchair users the ability to even gently descend stairs. This design has, therefore, a selective suspension technology, which means that, as long as the technology is not need, this will work as a regular wheel.

“With all due modesty, I say that what we have created is a game changer,” said Daniel Barel, CEO of SoftWheel. “Our wheel technology can be developed for and retrofitted to any vehicle.”

As Barel points out, this wheel can have potential applications on more vehicles, even cars or planes. However, such applications require further research and modifications, as well as some years of testing. Despite this, the new wheel presented by this Israeli startup is, without a doubt, revolutionary and has everything to become an astounding success worldwide.